WASHINGTON: The World Bank Board today approved a $250 million development policy loan (DPL) to support the government of Rajasthan in improving the performance of its electricity distribution sector under the state’s 24×7 Power for All program.

The Second Programmatic Electricity Distribution Reform Development Policy Loan for Rajasthan is the second in the series of two operations planned for a comprehensive turnaround of Rajasthan’s electricity distribution sector. The first loan closed in March 2017.

The DISCOMs in Rajasthan provide electricity to about 9.5 million customers. However, a combination of high generation costs, inefficiencies in the distribution sector and an accumulation of long-delayed tariff adjustments has resulted in several years of continuing losses for the DISCOMs leading to a total outstanding debt of Rs 780 billion as on July 2015.

In its second phase the operation will deepen the institutional and operational reforms that were launched in late 2015 centered around the Government of India’s (GoIs) Ujwal DISCOM Assurance Yojna (UDAY), which Rajasthan joined in 2016 and the Rajasthan State Electricity Distribution Management Responsibility (RSEDMR) Act, which aims to reform the governance of DISCOMs and bring greater public accountability in their functioning. The program will improve the credit worthiness of DISCOMs to support the government’s goal of providing electricity access to all households, improve service delivery, and enable private investment of renewable energy.

The key areas that the program will support include: strengthening governance in the distribution sector in the state by establishing annual performance MoUs between the DISCOMs and the state government; putting in place a performance management system; providing incentives to employees for improving performance; financial restructuring and recovery in the sector by transferring considerable amounts of the DISCOMs debt to the state; bringing in more discipline in the revenue requirements of DISCOMs; taking initiatives in reducing the costs of energy procurement; and improving the operational performance of the DISCOMs through initiatives like publishing feeder level energy audits, increased usage of IT etc.

Measures such as financial restructuring, regular energy audits, unified billing system, increased usage of IT systems and effective employee and customer engagement are helping DISCOMs improve their operational and financial performance. The different initiatives have started showing results and the combined financial loss of the DISCOMs has reduced from Rs 156 billion in FY[1] 2014 to Rs 48.2 billion in FY 17 and is expected to further go down to around Rs 28 billion (estimated) in FY 18. The aggregate technical and commercial (AT&C) losses of the DISCOMs have declined from 29.5 percent in FY 15 to 23.8 percent in FY 17 and are expected to further go down to 20 percent (estimated) in FY 18. To address concerns of affordability and access to electricity for the poor, the program also supports GoI’s Domestic Efficient Lighting Program (DELP), under which more than 15 million LED lamps have been distributed in the state.

“The electricity distribution sector in Rajasthan has taken number of initiatives over the last few years that have helped in improving the operational and financial health of the DISCOMs. It is important that the DISCOMs continue to focus on improving operational efficiency, consumer engagement and transparency in the sector among other initiatives to continue the positive trend in performance and steer the electricity distribution sector on a path to sustainable recovery,” said Rohit Mittal, Senior Energy Specialist and Frederico Gil Sander, Lead Economist of the World Bank and Task Team Leaders for the operation.

The loan, from the International Bank for Reconstruction and Development (IBRD), has a 3-year grace period, and a maturity of 21 years.

[1]Government of India Financial Year (FY) from April to March 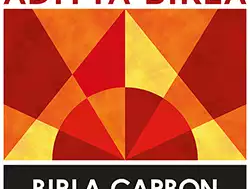