Airbus, Rolls-Royce, and Siemens team up for electric future

Airbus, Rolls-Royce, and Siemens team up for electric future

London : Airbus, Rolls-Royce, and Siemens have formed a partnership which aims at developing a near-term flight demonstrator which will be a significant step forward in hybrid-electric propulsion for commercial aircraft.

The three companies together announced the groundbreaking collaboration, bringing together some of the world’s foremost experts in electrical and propulsion technologies, at the Royal Aeronautical Society in London.
The E-Fan X hybrid-electric technology demonstrator is anticipated to fly in 2020 following a comprehensive ground test campaign, provisionally on a BAe 146 flying testbed, with one of the aircraft’s four gas turbine engines replaced by a two megawatt electric motor. Provisions will be made to replace a second gas turbine with an electric motor once system maturity has been proven.

“The E-Fan X is an important next step in our goal of making electric flight a reality in the foreseeable future. The lessons we learned from a long history of electric flight demonstrators, starting with the Cri-Cri, including the e-Genius, E-Star, and culminating most recently with the E-Fan 1.2, as well as the fruits of the E-Aircraft Systems House collaboration with Siemens, will pave the way to a hybrid single-aisle commercial aircraft that is safe, efficient, and cost-effective,” said Paul Eremenko. “We see hybrid-electric propulsion as a compelling technology for the future of aviation.”

The E-Fan X demonstrator will explore the challenges of high-power propulsion systems, such as thermal effects, electric thrust management, altitude and dynamic effects on electric systems and electromagnetic compatibility issues. The objective is to push and mature the technology, performance, safety and reliability enabling quick progress on the hybrid electric technology. The program also aims at establishing the requirements for future certification of electrically powered aircraft while training a new generation of designers and engineers to bring hybrid-electric commercial aircraft one step closer to reality.

As part of the E-Fan X program, Airbus, Rolls-Royce, and Siemens will each contribute with their extensive experience and know-how in their respective fields of expertise:

Airbus will be responsible for overall integration as well as the control architecture of the hybrid-electric propulsion system and batteries, and its integration with flight controls.

Rolls-Royce will be responsible for the turbo-shaft engine, two megawatt generator, and power electronics. Along with Airbus, Rolls-Royce will also work on the fan adaptation to the existing nacelle and the Siemens electric motor.

Siemens will deliver the two megawatt electric motors and their power electronic control unit, as well as the inverter, DC/DC converter, and power distribution system. This comes on top of the E-Aircraft Systems House collaboration between Airbus and Siemens, launched in 2016, which aims at development and maturation of various electric propulsion system components and their terrestrial demonstration across various power classes.

Paul Stein, Rolls-Royce, Chief Technology Officer, said: “The E-Fan X enables us to build on our wealth of electrical expertise to revolutionize flight and welcome in the third generation of aviation. This is an exciting time for us as this technological advancement will result in Rolls-Royce creating the world’s most powerful flying generator.

“Siemens has been driving innovation in core technology fields at full speed,” said Roland Busch, Chief Technology Officer of Siemens. “In April 2016 we opened a new chapter in electric-mobility with the collaboration with Airbus. Building up electric propulsion for aircraft, we are creating new perspectives for our company and also for our customers and society. With the E-Fan X partnership, we now take the next step to demonstrate the technology in the air.”

Among the top challenges for today’s aviation sector is to move towards a means of transport with improved environmental performance that is more efficient and less reliant on fossil fuels. The partners are committed to meeting the EU technical environmental goals of the European Commission’s Flightpath 2050 Vision for Aviation (reduction of CO2 by 60%, reduction of NOx by 90% and noise reduction by 75%). These cannot be achieved with the technologies existing today. Therefore, Airbus, Rolls-Royce and Siemens are investing in and focusing research work in different technology areas including electrification. Electric and hybrid-electric propulsion are seen today as among the most promising technologies for addressing these challenges.

This press release and further information are available at www.siemens.com/press/electric-flight

Siemens AG (Berlin and Munich) is a global technology powerhouse that has stood for engineering excellence, innovation, quality, reliability and internationality for 170 years. The company is active around the globe, focusing on the areas of electrification, automation and digitalization. One of the world’s largest producers of energy-efficient, resource-saving technologies, Siemens is a leading supplier of efficient power generation and power transmission solutions and a pioneer in infrastructure solutions as well as automation, drive and software solutions for industry. The company is also a leading provider of medical imaging equipment – such as computed tomography and magnetic resonance imaging systems – and a leader in laboratory diagnostics as well as clinical IT. In fiscal 2017, which ended on September 30, 2017, Siemens generated revenue of €83.0 billion and net income of €6.2 billion. At the end of September 2017, the company had around 372,000 employees worldwide. Further information is available on the Internet at www.siemens.com.

Airbus is a global leader in aeronautics, space and related services. In 2016 it generated revenues of €67 billion and employed a workforce of around 134,000. Airbus offers the most comprehensive range of passenger airliners from 100 to more than 600 seats and business aviation products. Airbus is also a European leader providing tanker, combat, transport and mission aircraft, as well as one of the world’s leading space companies. In helicopters, Airbus provides the most efficient civil and military rotorcraft solutions worldwide. 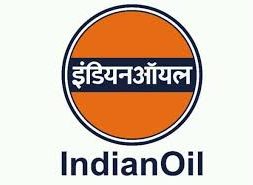 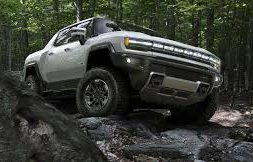