On top of existing fire- and water-proof concrete available on the market, Australian mining firm Talga has developed conductive concrete via the addition of graphene, making it possible for construction of conductive roads capable of charging driving electric vehicles.

As an emerging mining firm, Talga has been developing graphite in Sweden for the production of quality graphene and recently, in collaboration with a U.K. laboratory, has developed highly conductive cement by adding graphene to concrete, with volume resistivity reaching 0.05 ohm-cm. A test by the University of Exeter of the U.K. shows that graphene concrete boasts strength 146% higher than that of common concrete, reducing cement usage and 446 kilos of CO2 emission for cement per ton.

Mark Thompson, managing director of Talga, pointed out that graphene can enhance the conductivity of concrete, similar to the function of heating component of induction cooker, stressing high potential for commercialization of conductive concrete, such as road construction, thanks to its high conductivity.

Talga reported that given its low maintenance cost and long product life, conductive concrete can also be used as flooring material, with warming effect. Thanks to its anti-static electricity feature and capability warding off electromagnetic wave, it can be applied in military sites, bridges, and outdoor equipment, such as wind turbines, for thundering protection. In addition, graphene-concrete road is capable of melting snow itself, without the need of applying salt or de-icing chemicals, which may corrode road surface or contaminate ground water.

Talga expressed that it plans to study the feasibility of using the conductive road as a charging source for driving or parked electric vehicles.

Despite complicated production process and high production cost, graphene boasts high investment returns, thanks to its extensive applications, including information technology, energy, aerospace, transportation, and medicine, in addition to being the materials for lithium-battery anode. Talga reported that thanks to high matching, the company’s graphene can enhance the power discharging and energy of lithium batteries on the market by 20% both, with initial yield even reaching 94%.

Talga stressed the huge potential of conductive concrete, citing US$450 billion for the scale of the global concrete market and global consumption of 5 billion tons of cement a year.

Attracted by the huge potential, many companies are scrambling to produce conductive concrete. The University of Nebraska Lincoln of the U.S. has also developed conductive concrete, by adding steel scrap and carbon particles to concrete, which is assured not to cause electric shock in human body. The technology also substitutes magnetite for common lime and sand, making it capable of warding off electromagnetic wave and radio frequency of mobile phones. 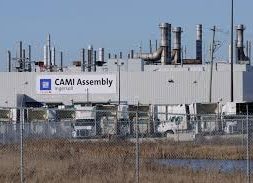 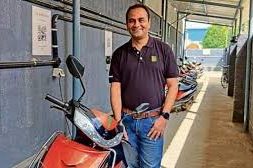