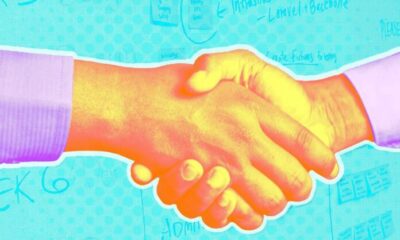 *Megawatts Operating and Megawatt Operating, Contracted & Awarded exclude the Rooftop Portfolio (See also other updates section below), for which we entered into an agreement to sell subsequent to fiscal year ended March 31, 2021. We excluded 160 MWs from our Operating, Contracted & Awarded portfolio as of June 30, 2021, and the prior comparative period. We excluded 153 MWs from our Operating portfolio as of June 30, 2021, and 144 MWs from prior comparable period. The exclusion from prior period is for the purpose of comparison with current year.

As of June 30, 2021, our Operating, Contracted & Awarded megawatts were 6,955 MWs. There was no change compared to prior comparable period, other than to reflect the disposal of the Rooftop Portfolio. Contracted & Awarded megawatts include 4,000 MWs for which we have received LOAs but the PPAs have not yet been signed. On the 4,000 MW PPA’s, Solar Energy Corporation of India (“SECI”) had informed us that they have signed Power Sale Agreements (“PSAs”) with a couple of state electricity distribution companies (“DISCOMs”) for around 800MW, this is part of the first tranche of 3,000 MW of PSAs that SECI is looking to close with DISCOMs. We expect to have PPAs signed for about a third of the 800 MW soon. Since the capital costs, interest rates and foreign exchange rates have improved since Azure Power won the 4,000 MWs auction in December 2019 which have resulted in lower tariffs in other recent SECI auctions, we do expect a tariff markdown from the price achieved in the auction. We will continue our discussions with SECI towards signing PPAs in respect of the 4,000 MWs tender and believe the PPAs to be signed in tranches over a period of time.

“Megawatts Operating” represents the aggregate cumulative megawatt rated capacity of solar power plants that are commissioned and operational as of the reporting date.

“Megawatts Contracted & Awarded” represents the aggregate megawatt rated capacity of solar power plants pursuant to customer PPAs signed, allotted or won in an auction but not commissioned and operational as of the reporting date.