Azure Power Raises over ~US$ 400 Million Since Fiscal First Quarter

Azure Power Raises over ~US$ 400 Million Since Fiscal First Quarter 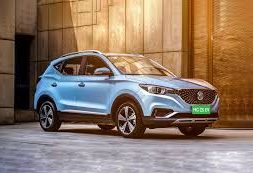 NEW DELHI: Azure Power (NYSE: AZRE), one of India’s leading independent solar power producers, announced that it has raised over US$ 400 million from equity and debt financings since June 30, 2018. These include the US$ 185 million raised in its first public follow-on offering on the New York Stock Exchange that closed in October 10, 2018 and various project debt financings and short-term debt facilities. Cumulatively, the company believes that this is the largest amount of financing raised by a solar power company in India during this period. With these financings, the Company is well capitalised to deliver its contracted solar pipeline of over 2 GW which is one of the largest solar project pipelines in the country and has a weighted average tariff ~17% higher than the lowest solar bid in the market.

Speaking on this occasion, Mr Inderpreet Wadhwa, Founder, Chairman and Chief Executive Officer, Azure Power said, “The recent financings were done against a challenging economic backdrop, but at the same time this is a testament to the quality of assets that we are developing and the strength of the solar platform that we have built. We are thankful to all our stakeholders and investors in helping us make significant contributions towards the realization of our Hon’ble Prime Minister’s commitment towards clean and green energy, through solar power generation.”

Azure Power was founded by Inderpreet Wadhwa in 2008 with a vision of providing affordable solar power in an efficient, sustainable and socially responsible manner. Azure Power has rapidly grown to become one of the largest solar power developers in the India. The company started its journey over ten years ago by developing India’s first private utility scale solar plant, a 2 MW plant in Awan Punjab. Over the last decade, the company has witnessed tremendous growth and now has one of the largest portfolios in the country of over 3 GWs with an installed solar capacity of over 1 GW across 23 states in India. Since inception, Azure Power has raised over $2 billion cumulatively to fund solar projects in India. The Company is supported by several notable names such as CDPQ, IFC, Helion Venture Partners, Société de Promotion et de Participation pour la Coopération Économique (PROPARCO), Deutsche Investitions-und Entwicklungsgesellschaft mbH (DEG) and Netherlands Development Finance Company (FMO).

Azure Power (NYSE: AZRE) is a leading independent solar power producer with a pan-Indian portfolio of over 3 gigawatts. With its in-house engineering, procurement and construction expertise and advanced in-house operations and maintenance capability, Azure Power provides low-cost and reliable solar power solutions to customers throughout India. It has developed, constructed and operated solar projects of varying sizes, from utility scale, rooftop to mini & micro grids, since its inception in 2008. Highlights include the construction of India’s first private utility scale solar PV power plant in 2009 and the implementation of the first MW scale rooftop project under the smart city initiative in 2013.

This press release contains forward-looking statements within the meaning of Section 21E of the Securities Exchange Act of 1934, as amended, and the Private Securities Litigation Reform Act of 1995. The risks and uncertainties that could cause the Company’s results to differ materially from those expressed or implied by such forward-looking statements include: the availability of additional financing on acceptable terms; changes in the commercial and retail prices of traditional utility generated electricity; changes in tariffs at which long term PPAs are entered into; changes in policies and regulations including net metering and interconnection limits or caps; the availability of rebates, tax credits and other incentives; the availability of solar panels and other raw materials; its limited operating history, particularly as a new public company; its ability to attract and retain its relationships with third parties, including its solar partners; its ability to meet the covenants in its debt facilities; meteorological conditions and such other risks identified in the registration statements and reports that the Company has filed with the SEC from time to time. In the press release, megawatts portfolio represents the aggregate megawatt capacity of solar power plants pursuant to PPAs, signed or allotted or where the Company has been cleared as one of the winning bidders or won reverse auction, but yet to receive letter of allotment. All forward-looking statements in this press release are based on information available to us as of the date hereof, and the Company assumes no obligation to update these forward-looking statements.