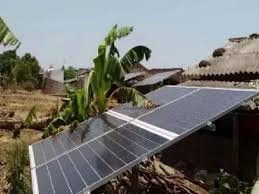 Bancha, the first solar kitchen only village in India 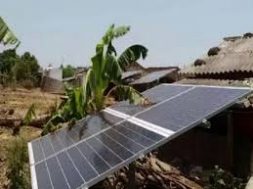 Bancha, the first solar kitchen only village in India

Bancha in Betul district is the first village in India to have zero wooden stoves and almost no use for LPG cylinders with all its 75 houses relying on solar-powered stoves to meet their cooking needs, claims social activist Mohan Nagar.

“There are places in India where solar plates are used sporadically for cooking, but with the help of a team from IIT Mumbai, a special solar stove was developed. No trees are cut by the villagers now for lighting their stoves. The Central government’s decision to choose Bancha has changed has set an example which can be replicated to make other villages smoke and pollution free,” Nagar told ANI.

Nagar who is also a member of the Bharat-Bharti Shiksha Samiti, an NGO spoke about the role played by the team from IIT Mumbai and thanked Union Minister for Petrol and Energy, Dharmendra Pradhan.

He said that the project of installing solar power plates, batteries and stoves in all the 74 houses was started in September 2017 and got completed by December 2018.

Harvind, a villager, who had benefitted from the scheme said that they are now able to cook their food without hassles and it has also brought electricity to their homes.

“We can now cook our meals within half an hour and that too without the tension of smoke. We also don’t have to go anymore to the jungles for picking twigs and branches for the wooden stoves,” said Harvind.

Jamuna Bai, a lady from the village termed it as a big development which has changed the lives of children and women across the village.

“Earlier our eyes used to burn while cooking meals, it was due to all the smoke. Our children too had to be sent to jungles instead of schools but the situation has changed now. We all get time for ourselves and the kids can study now,” Jamuna Bai said.

The success story of Bancha is an eye opener which shows the potential of renewable energy. Not only will it help the nation economically but will also prove to work wonders for the environment if implemented across India.