Bangladesh’s future to be lit up as companies like Engreen, Beximco Group set up solar plants

Bangladesh’s future to be lit up as companies like Engreen, Beximco Group set up solar plants

It’s still the kerosene lamp that enlightens little Monirul’s textbook on dimly lit evenings. A Class 8 student from Gangachara, Monirul is dependent on a single kerosene lamp and his education to light up the gloom of his family’s poverty. The story is not different for almost 72% of Bangladesh’s 163 million citizens, who live in rural areas.

Bangladesh Bureau of Statistics recorded almost 90% electricity access in the cities and about 42% in the villages in 2010. Seven years later, nearly 76% of the population now have access to electricity. Still, the electrification infrastructure isn’t faultless and accounts to a number of load-shedding instances and system failures.

Building more thermal plants seems to be a good solution. However, PM’s Private Sector Development Advisor, Salman F Rahman, who also happens to be Beximco Group’s Vice Chairman, cites renewable energy to be a prime electricity source in the future.

In the 18th National Renewable Energy Conference & Green Expo, Salman F Rahman said, “We are self-sufficient in food, developing our electricity sector and our population growth is also under control.” He added, “Renewable energy is an important sector for the future. The government will see to the development of this sector.”

Bangladesh is perfect for solar energy as it receives clear sunshine in the coastal regions for almost 11 hours every day. The insolation has been registered in between 3.8 kWh/m2/day and 6.4 kWh/m2/day. The Bangladesh government introduced Solar Home Systems (SHS) to provide each household electricity. That were not connected to the grid. 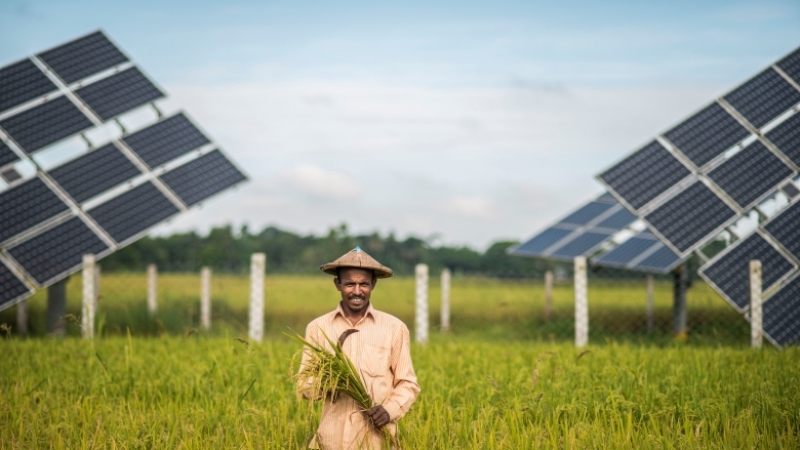 The program has aided more than 4 million families, and since 2009, more than 50,000 SHS are being installed every month. The World Bank has dubbed it as the fastest growing solar home system program in the world. Evidently, coal power plants are taking a back seat in Bangladesh’s electrification roadmap.

There are still the drawbacks to consider. Solar energy is weather dependent and Bangladesh is known for its cloudy and monsoon-fueled weather. There’s also the high cost to consider.

With the GDP going beyond 7% every year, and widespread SHS installations, children like Monirul have a brighter future ahead of them. Hopefully, amply electrified industries will also guarantee employment for Monirul when he grows up as the employment rate is climbing.