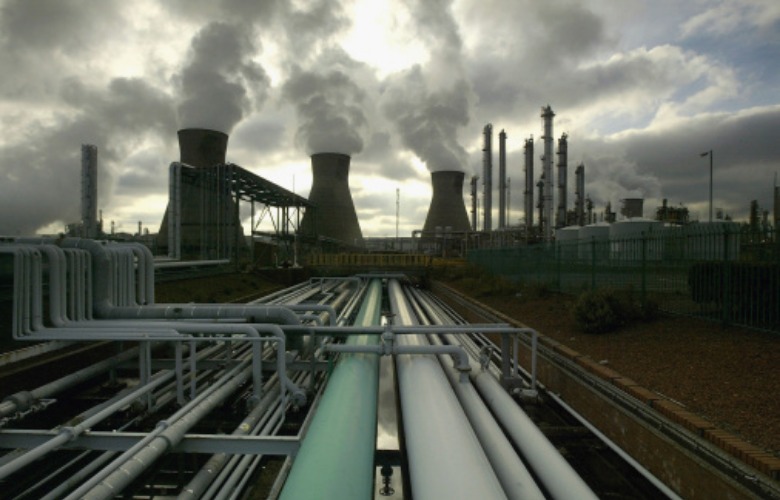 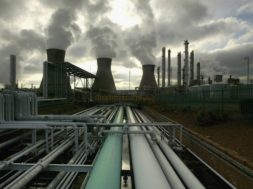 February 19, 2019 Anand Gupta
Coal-fired power plants are responsible for almost 40 percent of electricity production and about 80 percent of CO2 emissions in the German electricity sector. In order to meet the targets set out in the German government’s 2016 climate protection plan, which provides for a 60 to 62 percent reduction in CO2 emissions for the energy industry by 2030 compared with 2014, a significant reduction in coal-fired power generation by 2030 must make a decisive contribution and set the key course for the complete phase-out of coal by 2030.An exit from coal-fired power production is not only necessary in terms of climate policy, but also makes sense in terms of energy economics and is technically and economically feasible. The benefits of phasing out coal far outweigh the costs – not least because it stimulates investment and innovation. A coal phase-out in Germany will stimulate necessary investments in demand management, storage and efficiency technologies, technologies that are not only needed in Germany but also open up great opportunities on export markets. A reduction in coal-fired power generation can also lead in some places to a significant improvement in the grid situation.

A phase-out of coal-based power generation in Germany, however, will only become a model with potential for multiplication for other countries if it can be made socially acceptable. Currently, around 18,500 people are employed directly in lignite-fired power plants and opencast mines; a further 4,000 to 8,000 people are employed in hard coal-fired power plants. A large part of the decline in employment in the coal sector could be offset by regular retirement. But even if the exit can be implemented in such a way that it has little negative impact on the current generation of workers, active support must be given to structural change, especially for future generations. Investments in new sustainable jobs, but also the improvement of soft location factors, are necessary in order to create attractive living conditions and to offer people promising prospects in the former coal regions. Despite different framework conditions, the three lignite regions of Germany offer equally good opportunities not only to continue energy traditions but also to make a step forward in other areas.

The Coal Commission has worked out a good compromise, above all satisfying a large-scale social conflict. If all recommendations are consistently implemented, the climate targets can still be achieved in 2030 and structural change can still be managed wisely. The recommendations of the Coal Commission on coal phasing out are not optimal from a climate point of view but they are an important milestone for energy system transformation. It is now important for the coal phase-out that the coal-fired power plant units go off the grid as recommended, but above all that renewable energies are expanded more quickly than before and that the proposed funds flow into innovations and forward-looking energy system transformation projects.

The technologies required to phase out coal-fired power generation are already available today or have been developed so far that they can be used in good time. The costs for wind and solar power today are about the same as or even lower than those for new fossil-fuel power plants. The availability of energy storage facilities also does not represent a bottleneck for coal phasing out. Simulation calculations show that up to 80 percent of renewable energies in the electricity mix are flexible options, such as sector coupling, electricity-guided cogeneration, heat storage and demand-side management, which are sufficient to meet the requirements of system integration and are also more cost-effective than seasonal electricity storage systems.

The controllability of the transformation process is highest for all actors when coal-fired power plants are shut down in a fixed order. This creates the necessary lead time for regional structural development. In the case of price-based instruments, such as the minimum CO2 price, but also in the case of decommissioning with generous transfer possibilities between power plants, it is more difficult to estimate the concrete effects on site. This would limit the possibilities of preparing this purposefully with appropriate time in advance, but on the other hand would increase flexibility in implementation.

The phasing out of coal is therefore necessary in terms of climate policy, makes sense from an energy point of view and is technically and economically feasible. Against this background, it is now a matter of political will to shape the future in order to make concrete use of the opportunities associated with an orderly exit from coal.

The fear scenario of blackouts is often conjured up, but without any basis: Germany currently produces more electricity than we need and exports it abroad. The oldest and most inefficient power plants could be taken off the grid immediately, there would still be enough electricity available. Sufficient lignite is available for the remaining modern power plants. In short: Germany’s energy supply is secure. Tomorrow’s energy system will be flexible, digital, highly dynamic, decentralized and intelligent. Renewable energies complement each other as team players. This is why all renewable energies throughout Germany must be expanded more quickly. Coal-fired power plants are too slow for a modern energy supply. They are not part of the team, they stand in the way.

Rising electricity prices are not to be expected if the energy revolution is managed wisely. Electricity prices on the stock exchange are currently rising mainly due to higher CO2 prices, which makes coal more expensive. Coal-fired power plants thus have a price-increasing effect, whereas renewable energies have a price-reducing effect. As coal is phased out, electricity prices on the stock exchange can even fall, at least hardly any serious price fluctuations are to be expected. Even existing model calculations show that with an increased use of gas-fired power plants, the electricity price on the exchange would only rise slightly and would be far below the 2011 level. Which of these will be reflected in the end customer price is a different matter. If high yields continue to be paid to grid operators and “coal dismantling premiums” are additionally approved, this will increase the electricity price. But politicians themselves have it in their hands not to let the price of electricity rise.

The most expensive costs are the inherited burdens of coal and nuclear power and the fact that coal has been held on for too long. The fact is that renewable energies are becoming cheaper and cheaper. Due to increased CO2 prices, coal electricity is becoming more and more expensive. The overcapacities caused by inflexible coal-fired power plants lead to excessive grid fees due to power bottlenecks and grid expansion. In addition, we not only pay “coal wreckage premiums” for old power plants that are already being taken off the grid, but are also kept in reserves that are not needed. If we focus more on renewables and less on the fossil system, it will become cheaper for consumers – especially for energy-intensive companies.

The question of possible compensation only arises for power plant operators and should be strictly linked to financial support for intelligent structural change in the affected regions. Successful structural change is primarily the result of innovation, research and attractive framework conditions for new companies. There are already numerous innovation and economic initiatives in Lusatia and North Rhine-Westphalia that should continue to receive financial support. The energy market, for example, is attractive; energy storage and digitisation offer great economic opportunities. Innovative companies should be given targeted support to facilitate their market entry. Combined with a determined exit from coal, their business models will pay off quickly and permanently.

The energy transition including the expansion of renewable energies, intelligent grids, decentralized storage and sustainable fuels will not only create innovations and competitive advantages but will also lead to an urgently needed modernization of the German economy including innovations, added value and hundreds of thousands of sustainable jobs through increasing investments.

Similar to Germany, India/China uses a broad energy mix with a high proportion of fossil fuels. The energy shift towards renewable energies offers enormous economic opportunities. India /China is doing a lot right: it is relying on the increased use of renewable energies. China is the world leader in the expansion of renewable energies, wind and photovoltaics. The main reason for this is the desire for independence from energy imports and environmental protection. The country has the world’s largest natural hydropower potential. China is therefore a global leader in the development of hydropower projects and could soon cover half of its electricity needs with hydropower.

Due to the favourable price development, solar energy is the main focus in India. Because decentralized power generation can compensate for the lack of a grid structure in this huge country, solar power plants are promoted in structurally weak regions in particular. In southern India there is therefore considerable growth in photovoltaic systems. Several funding instruments have been implemented: On the one hand, the expansion of renewable energies is encouraged by quota systems – on the other hand, electricity from PV and wind energy plants has been remunerated by feed-in tariffs since the beginning of 2009.

These are all steps in the right direction. What China/India can learn from Germany: above all, not to hold onto fossil energies for too long, they are becoming increasingly uneconomical and hold the danger of stranded assets. The future belongs to renewable energies; every country is well advised to expand them and adapt its structures so that they can grow unhindered. Germany got off to a good start 10 years ago with the promotion and expansion of renewable energies. But the abandonment of fossil energies will be a long and difficult one. The sooner and more intensively renewable energies are developed, the better.

Claudia Kemfert is a German economics expert in the areas of energy research and environmental protection. She is a Professor of Energy Economics and Sustainability at the Hertie School of Governance in Berlin.