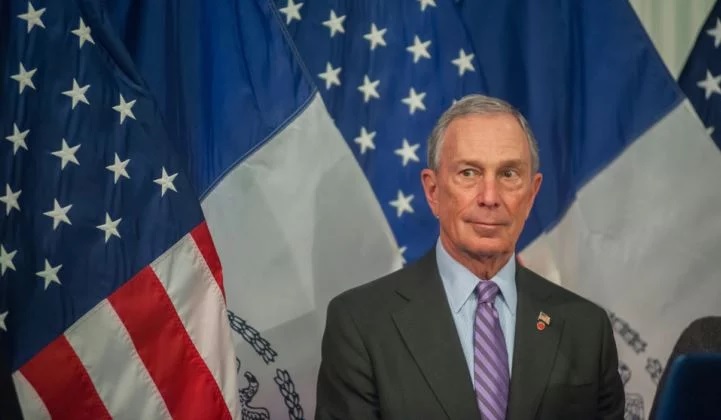 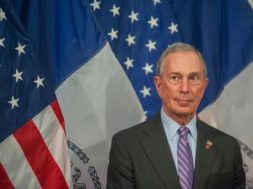 The billionaire philanthropist’s “Beyond Carbon” campaign lays out the radical goal of taking fossil fuels out of the energy mix, as part of a broader decarbonization effort.

Michael Bloomberg unveiled a $500 million “Beyond Carbon” campaign on Friday, aimed at closing every U.S. coal-fired power plant by 2030 and halting the construction of any new natural gas plants.

The new campaign will direct its funding toward environmental groups’ lobbying efforts in state legislatures, city councils and public utility commissions, as well as to elect local politicians with pro-clean energy policies, a Bloomberg spokesperson told The New York Times. The campaign expects to spend the $500 million in the next three years, although that time frame could be extended, the spokesperson said.

The campaign’s goals exceed even the most aggressive clean energy and zero-carbon mandates set by states such as Hawaii, California, New York and a growing roster of others. But it’s unclear how the push will ultimately affect either the coal industry’s accelerating decline, or the current plans in much of the country to rely on natural gas-fired electricity for decades to come.

The unprecedented level of funding is needed to address the global climate crisis that President Donald Trump has denied exists and a gridlocked Congress has failed to address, Bloomberg said Friday at the Massachusetts Institute of Technology commencement where he outlined the campaign.

The billionaire businessman, philanthropist and former mayor of New York City also decried clean-energy and carbon-reduction plans that rely on meeting their goals decades in the future, as do most state programs announced to date. “Politicians keep making promises about climate change mitigation by the year 2050 — hypocritically, after they’re long gone, and no one can hold them accountable,” Bloomberg said.

Bloomberg Philanthropies and the Sierra Club have been working on closing coal plants across the country since the 2011 founding of the Beyond Coal campaign. Since then, the group has tallied 289 coal power plants that have shut down or announced plans to close ahead of schedule, more than half the country’s total. The shift away from coal comes in the face of cheap natural-gas-fired power, rising operational and environmental compliance costs, and in some states, competition from low-cost renewable energy.

Of those coal plants, 51 have announced their retirement plans since the 2016 election, “despite all the bluster from the White House,” Bloomberg noted. The Trump administration has publicly backed the coal industry, and has attempted to use the Department of Energy’s authority to push federal regulators to provide out-of-market payments to struggling coal and nuclear plants, including those owned by bankrupt FirstEnergy Solutions.

In April, Pacific Northwest and Rocky Mountain utility PacifiCorp for the first time outlined plans that could call for coal plants in Wyoming to be retired ahead of schedule, to be replaced by various combinations of new natural-gas plants, renewables and energy storage. Xcel Energy, which operates the largest utilities in Colorado and Minnesota, has outlined a plan to reach zero-carbon electricity by 2050, ahead of moves toward similar mandates in both states.

The proposal to halt any new natural-gas-fired power plants is likely to be met with some incredulity in regions where they’re expected to be the primary replacement for retiring coal and nuclear generation. Still, Bloomberg defended the idea at the MIT commencement, saying it’s necessary not only to cut carbon emissions, but to avoid investing in technology that will be supplanted by clean energy: “By the time they are built, they’ll be out of date because renewable will be cheaper.”

Whether or not that statement is true depends on many factors, of course. Wood Mackenzie Power & Renewables has been tracking the rise of renewable energy accompanied by energy storage — largely lithium-ion batteries at multi-megawatt scale — as an alternative to natural-gas-fired power plants. Data shows these newer technologies are becoming increasingly competitive.

Ever-falling prices for solar and wind-plus-storage contracts, continued cost declines for solar PV and lithium-ion batteries, and the accompanying ability for battery-based projects to achieve longer hourly durations, could put an increasing portion of the U.S. market for peaker capacity within reach for these renewable-battery combinations, according to Ravi Manghani, WoodMac’s head of energy research.

States rich in low-cost renewables such as California, Arizona and Texas are likely to be the first to see the economics pencil out, the research notes. California has already rejected a few natural-gas plant contracts in favor of clean options like energy storage and renewables.

But the same pressures are also starting to make themselves felt in parts of the country that have traditionally been friendly to fossil fuels. In Indiana, utility Vectren saw its plan to replace a baseload coal plant with a new natural-gas plant blocked by state regulators in April, on the grounds that the plan “foreclosed consideration of combinations of smaller resources that might have offered greater resource diversity, flexibility and cost efficiencies.”