It has also recommended that operation and maintenance cost should be estimated at 1% for tariff calculation.

The power ministry has sought Cabinet approval for a policy change categorising large hydro projects as renewable energy sources. Currently, only hydro projects under 25 MW are identified as renewable energy. Apart from helping the country attain the target of having 175 GW renewable capacity by 2022, the renewable energy tag would help hydro power get a priority over thermal electricity while being dispatched to the consumers. The hydro sector would also get additional leg-up as the states can fulfill their mandatory renewable purchase obligations by buying electricity from these power plants.
The power ministry note, reviewed by FE, also seeks the Cabinet approval for introducing a separate ‘hydropower purchase obligation’ category. To reduce hydro-power tariffs, the ministry also wants the cabinet to approve, modify existing norms and not let the host states receive free power from hydro power plants till five years from commissioning. As per existing provisions, developers have to contribute 12% free power to state governments.

The ministry has also asked for “in-principle’ approval to allow infrastructure costs that are not directly related to power generation (such as construction of roads, bridges, and flood moderation infrastructure) to be excluded from calculation of hydro electricity tariffs.

Though not categorically asking for the Cabinet’s approval, the power ministry has also recommended providing certain ‘special dispensation’ for hydro-based power plants. The power ministry has proposed a 4% interest subvention scheme for 22 hydro projects with 10,436 MW capacity, likely to be commissioned in the next five years.

The low-cost credit could be sourced from the national clean energy fund, where “there are sufficient funds available to provide interest subvention,” the ministry said.
From the `86,440 crore collected from the coal-cess (`400/tonne) till FY18, only `29,645 crore have been transferred to the clean energy fund.

Addressing a longstanding demand from the hydro industry, the tenure of loans to these projects have been proposed to be increased to 20 years from the current norm of 12 years. To enhance the viability of hydro projects, the norm of return on equity could be reduced from 16% to 14%, power ministry suggested.

It has also recommended that operation and maintenance cost should be estimated at 1% for tariff calculation. Currently, such costs are estimated at 3% while calculating tariffs, raising the cost of hydro power.

Hydro power’s advantage of starting and stopping generation faster than other conventional modes, helps balance the transmission grid—a crucial advantage amid the recent surge in solar and wind power generation, which can be uncertain and intermittent. While the average price at which discoms purchase power is R3.5/unit, hydro power can cost as much as R6.4/unit. Despite India being resource-rich, hydro power is yet to contribute a commensurate share to its energy mix, accounting for only 13% of its installed generation capacity of 346 GW.

tags: Cabinet nod sought to categorise hydro power as renewable energy
23
previous Scheme to Support Promotion Of Biomass Based Cogeneration In Sugar Mills And Other Industries In The Country ( Up To March 2020) - Corrigendum reg.
next JinkoSolar Joins 49 Global Businesses to Urge Governments to Step up Fight Against Climate Change 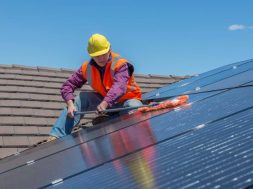 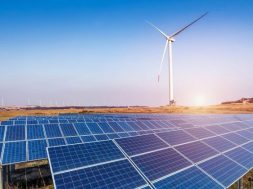 NextEra doubles down on renewables as energy transition gathers steam