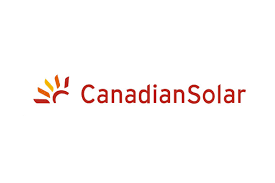 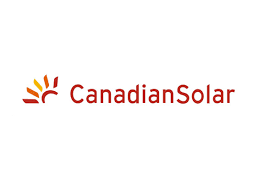 GUELPH, Ontario: Canadian Solar Inc. (the “Company”, or “Canadian Solar”) (NASDAQ: CSIQ), one of the world’s largest solar power companies, today announced that it has won three solar power contracts with Alberta’sMinistry of Infrastructure, for a total of 94 megawatts (MWp) of solar power system in southeast Alberta, with an average contracted PPA price of 48.05 Canadian dollars per megawatt-hour (MWh). When in operation, these solar plants will provide 55 percent of the electricity needs for Alberta provincial government. This is likely the largest public sector solar energy procurement contract in Canada in 2019.

“We see great potential in the Alberta solar market, and we’re pleased to supply subsidy-free solar power to meet Alberta’s clean energy needs. We hope these 94 MWp solar project contracts serve as a catalyst for solar industry growth in Canada, specifically in Alberta,” said Shawn Qu, chairman and chief executive officer of Canadian Solar. “We are delighted to partner with Conklin Métis Local 193, the indigenous community, who owns a 50-percent equity stake in the Hays, Jenner and Tilley solar projects.”

In the fall of 2018, Canadian Solar entered into a 50-percent equity partnership with Conklin Métis Local 193 on the three projects. The Conklin Métis are an indigenous community based in the rural hamlet of Conklin, part of the Athabasca Oil Sands region in eastern Alberta.

“We are extremely excited about our partnership with Canadian Solar, a global leader in solar energy. As a Métis community, we highly value the opportunity to invest in renewable energy projects within Canada,” said Shirley Tremblay, president of the Conklin Métis Local 193. “This partnership will help us diversify our investment portfolio, and its financial benefits will support key social and economic initiatives within our community. We applaud the Government of Alberta and Canadian Solar for their progressive mentality and look forward to a long-lasting, prosperous relationship.”

The three projects in the contracts are the Jenner, Tilley, and Hays solar projects. Once completed in early 2021, these solar plants are expected to generate enough power for more than 20,000 homes. During the construction of the three solar projects, an estimated 270 jobs will be created in Alberta.

All three projects are expected to use bifacial solar panels, which generate up to 20 percent more energy than standard solar modules due to their ability to produce electricity from both their front and back sides. These modules are particularly well-suited to snowy climates like Alberta in the winter, as snow will increase reflection of sunlight.

About Canadian Solar Inc.
Canadian Solar was founded in 2001 in Canada and is one of the world’s largest and foremost solar power companies. It is a leading manufacturer of solar photovoltaic modules and provider of solar energy solutions and has a geographically diversified pipeline of utility-scale power projects in various stages of development. Over the past 18 years, Canadian Solar has successfully delivered over 32 GW of premium quality modules to customers in over 150 countries around the world. Canadian Solar is one of the most bankable companies in the solar industry, having been publicly listed on NASDAQ since 2006. For additional information about the Company, follow Canadian Solar on LinkedIn or visit www.canadiansolar.com.

Safe Harbor/Forward-Looking Statements
Certain statements in this press release are forward-looking statements that involve a number of risks and uncertainties that could cause actual results to differ materially. These statements are made under the “Safe Harbor” provisions of the U.S. Private Securities Litigation Reform Act of 1995. In some cases, you can identify forward-looking statements by such terms as “believes,” “expects,” “anticipates,” “intends,” “estimates,” the negative of these terms, or other comparable terminology. Factors that could cause actual results to differ include general business and economic conditions and the state of the solar industry; governmental support for the deployment of solar power; future available supplies of high-purity silicon; demand for end-use products by consumers and inventory levels of such products in the supply chain; changes in demand from significant customers; changes in demand from major markets such as Japan, the U.S., India and China; changes in customer order patterns; changes in product mix; capacity utilization; level of competition; pricing pressure and declines in average selling prices; delays in new product introduction; delays in utility-scale project approval process; delays in utility-scale project construction; delays in the completion of project sales; continued success in technological innovations and delivery of products with the features customers demand; shortage in supply of materials or capacity requirements; availability of financing; exchange rate fluctuations; litigation and other risks as described in the Company’s SEC filings, including its annual report on Form 20-F filed on April 26, 2018. Although the Company believes that the expectations reflected in the forward looking statements are reasonable, it cannot guarantee future results, level of activity, performance, or achievements. Investors should not place undue reliance on these forward-looking statements. All information provided in this press release is as of today’s date, unless otherwise stated, and Canadian Solar undertakes no duty to update such information, except as required under applicable law.