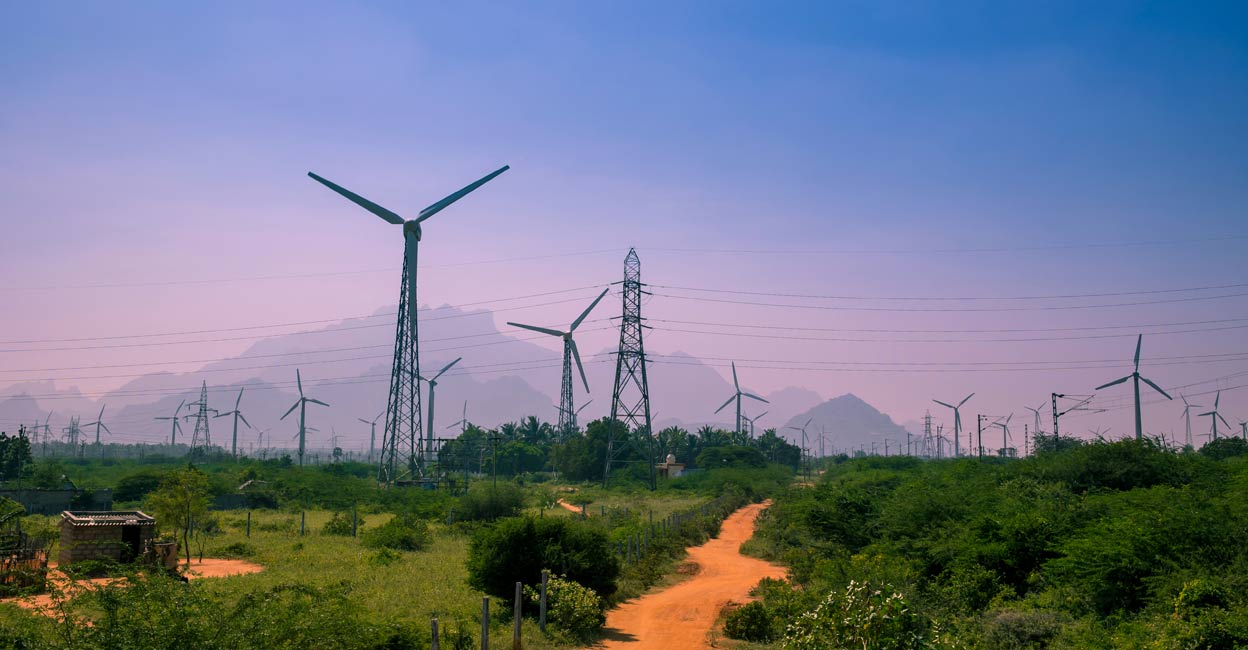 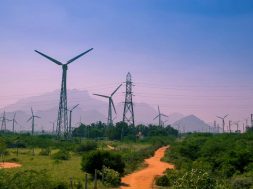 Tencent Holdings Ltd. is stepping up the use of renewable energy with a goal of zeroing out emissions by 2030, acknowledging the damage wrought by its data centers while heeding Beijing’s call to protect the environment.

The Chinese social media and gaming giant plans to use all but renewable energy by the same timeframe and has already purchased 500 million kilowatt hours of wind and solar energy this year — roughly equivalent to the electricity consumption of 40,000 American homes for a year — to power some of its data centers, it said in a report unveiled Thursday.

Tencent is one of the world’s largest operators of data centers, which require massive amounts of energy and cooling. The internet industry worldwide has drawn fire from environmentalists and China’s government, which is ordering its wealthiest corporations to curb excesses after a decade of heady expansion.

It’s the latest among China’s big tech firms to unveil their zero-emission blueprints, in the wake of Xi Jinping’s call to make China carbon neutral by 2060. It’s also announced plans to give back to society as Xi’s administration pursues a campaign to get affluent private enterprises to share the wealth. Last year, the WeChat operator pledged to set aside $15 billion for social responsibility programs to tackle issues from renewable energy to scientific education and health care.

Tencent will rely mostly on cutting direct emissions and using green power to zero out emissions in its own operations and supply chain, only buying carbon offsets as a last resort, Xu Hao, the company’s green chief, said in an interview. Xu, a vice president for Tencent’s “sustainable social value” program, didn’t elaborate on the breakdown of each approach, but says green power will contribute the most. 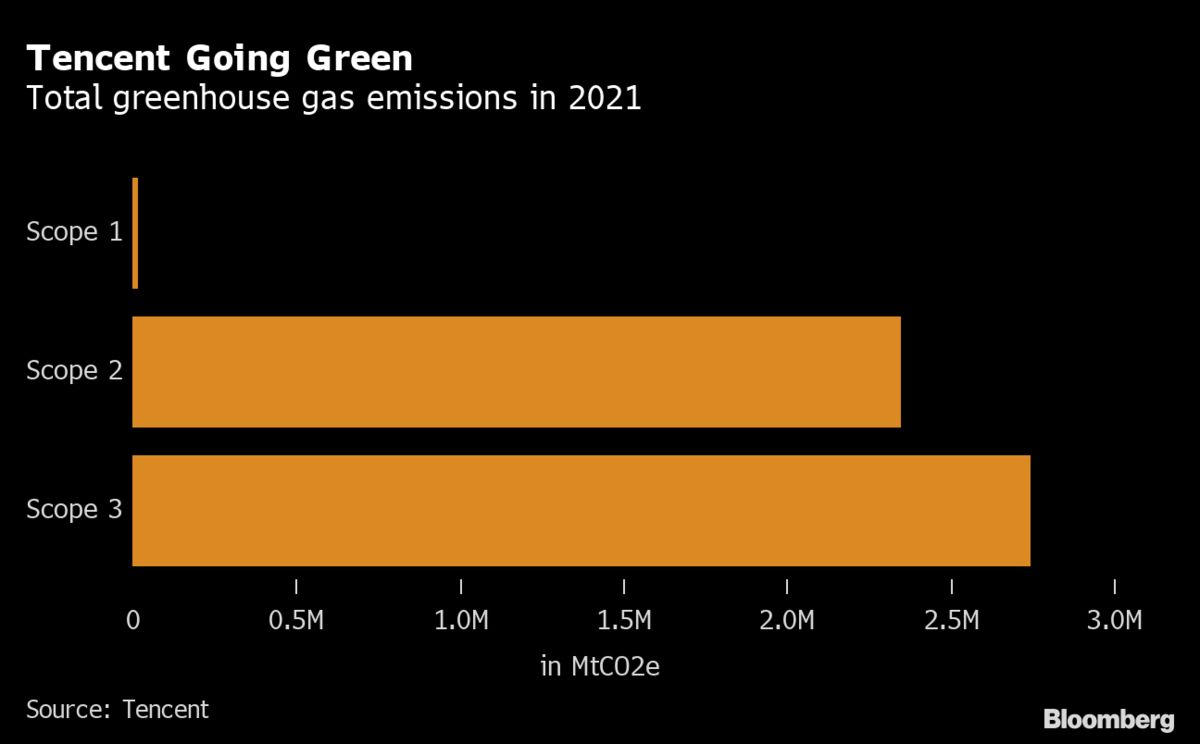 In 2021, the baseline year for Tencent’s net zero emission plan, the firm recorded a total carbon emission of 5.1 million tons, with roughly 54% of that stemming from infrastructure construction and the purchase of computer servers. The rest originates mostly from electricity, heating and cooling, it said in the report. By comparison, Alibaba Group Holding Ltd. has said its supply-chain emissions were about 5.3 million tons in 2020.

In the next three to five years, Tencent will improve the energy efficiency of its data centers by installing distributed photovoltaic power generation devices while increasing investment in renewable energy projects, Xu said.

Tencent’s direct emissions have been on the rise as the company expanded over the past few years. Xu said while the company’s emissions may have experienced a small increase in the beginning, it will eventually achieve its 2030 target due to decarbonization efforts.

Tencent isn’t alone among Chinese tech firms in planning out a cleaner future. Alibaba has said it plans to zero out emissions for its own operation by 2030. Search leader Baidu Inc. has a similar goal for 2030 through initiatives including building green data centers, smart offices and intelligent transportation.

Under what’s known as the Greenhouse Gas Protocol Standard, emissions are classed as Scope 1, 2 or 3, with the last category covering emissions that come from the entire value chain. Tencent’s Thursday report didn’t include emissions generated by product use from its consumers under Scope 3, which is covered by hardware giants like Alphabet Inc.’s Google and Apple Inc.

A company spokesperon said that Tencent performed comprehensive accounting exercise of all 15 categories of Scope 3 emissions, and included 8 categories that are material to Tencent, including data-center equipment and employee commuting.

0
0   0
previous Açaí: A source of smoothies, and possibly renewable energy in Brazil - EQ Mag Pro
next EDP Renewables to invest up to S$10 billion by 2030 for clean energy hub in Singapore