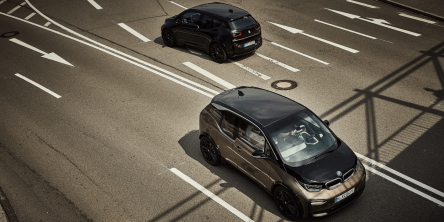 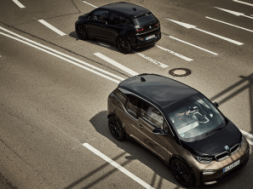 News of Daimler and BMW moving closer together when it comes to electric vehicles have been refreshed today. A new report suggests that BMW is thinking to share an i2 electric car with its neighbouring rival – possibly from 2024.

Talks between the two carmakers that dominate the south of Germany had allegedly been ongoing for months, while executives have officially been meeting regularly for three years. However, with the new push for electric mobility, the Manager Magazin has added some detail on what is going on behind the scenes.

According to the report, BMW is ready to look into developing electric vehicles together as previously suggested. However, they want to share only one for now, and a small and not so new one. According to sources, BMW’s head of development Klaus Fröhlich is prepared to share the architecture for a small EV, dubbed the i2. It could build on BMW’s existing (and so far only) electric vehicle the i3 but do away with the expensive carbon body to reach an affordable price point. Talk has been of less than 30,000 euros. Additional cost savings could be made not only by sharing the platform and using less expensive material but also with a smaller battery. The i2 would aim for a range of 300 kilometres.

Witnesses to the talks at Daimler were surprised by the somewhat radical approach of their BMW colleagues, says Manager Magazin but the clear aim seems to be able to make money with those electric cars. From Daimler’s site, they’d like to sell half a million of these EVs and market launch in 2024 has been discussed.

How these small car plans fit in with Daimler’s stance on Smart (or not) we are not quite sure yet. What is becoming more and more certain though is that collaboration seems the way to go for Daimler and BMW, especially in times when Volkswagen has remembered its identity as volume manufacturer of now increasingly electric cars. Also, changes at Daimler are diving the cooperation notably with Mercedes’ development director Ola Källenius about to take over from Dieter Zetsche as the new Daimler boss in May. He will have to make considerable cost savings and sharing electric vehicle development could be a good start. Still, the trick will be to find distinguishing features as both brands are essentially competing for the same buyers’ segment.

0
0   0
previous Delhi’s electric-vehicle policy could be a game changer. But it has to tackle stubborn old challenges before saving your choked lungs
next Electric vehicles must produce public transport permit from April to avail FAME-II sops: Govt