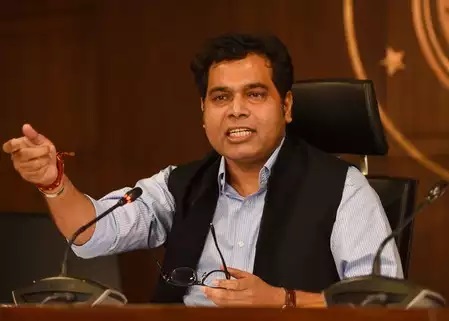 DDRWA writes to UP power minister over frequent outages 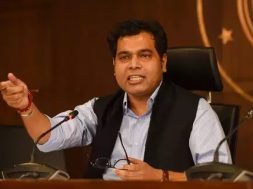 DDRWA writes to UP power minister over frequent outages

District RWA has written to Shrikant Sharma, minister of power UP government, over frequent outages during recent thundershowers, voltage fluctuations and lack of maintenance of poles, lines and transformers etc. in Noida and demands action

NOIDA/GREATER NOIDA: District RWA has written to Shrikant Sharma, UP power minister, over frequent outages during recent thundershowers, voltage fluctuations and lack of maintenance of poles, lines and transformers etc. in Noida and demands action.

“The district faced widespread outage across different parts of the city due to the storm on June 10. Frequent outages have become the norm when sporadic storms and showers occur. While over a dozen sectors get affected during such times, the outage lasts for more than 24 hours in a few areas. Often, these are local faults due to uprooting of poles, trees falling on cable lines or lack of maintenance leading to voltage fluctuations or overload and sparking. Noida being an industrial city and dependent on regular electricity supply for which it’s also been declared a ‘no power cut zone,’ is still pleading for basic amenities such as power. How long?” said NP Singh president District Development Residents Welfare Association (DDRWA) that represents RWAs of GB Nagar.

Even as Sher Singh Bhati, general secretary DDRWA maintained that these outages are a norm at the slightest of wind speed change, dust storm or showers. Jitendra Bhati, another member of the RWA body, added that lack of maintenance of power infrastructure also adds to the residents’ woes. “Noida generates the maximum revenue among all the cities of Uttar Pradesh in terms of power bills. We even pay a rupee extra per unit towards no interruptions in power. But still, the electricity department fails repeatedly. We cannot continue to suffer due to lack of maintenance of poles, cable lines and transformers, inter-departmental miscommunications and coordination etc.,” said Singh.

The district RWA body apprised the minister that they held a meeting with officials of Noida power department on June 4 on the matter. “In the meeting we had demanded that all the light distribution cables be changed to underground from the present overhead system so that there is no interruption of power. We have been demanding this since long, yet the job is still not done,” said Singh who also sent a copy of the letter to UP chief minister Yogi Adityanath, Arvind Mallappa Bangari managing director, PVVNL, Western Electric Supply Nigam, MEERUT and Rajendra Kumar Tiwari UP chief secretary for necessary action on the matter.

When contacted VN Singh, chief zonal engineer Noida power department (PVVNL) maintained that during lockdown work of completing underground laying of cables as well as upgrading in power infrastructure got disrupted due to lack of labour following their migration. “Post unlock, we have started resuming the work where concerned contractors have been told to resume work and deliver at the earliest,” said Singh.