Despite all its woes, power sector set for a brighter 2019 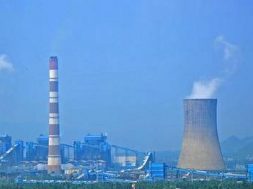 Despite all its woes, power sector set for a brighter 2019

India’s thermal power sector has seen a turbulent 2018. While the industry continues to face challenges on all fronts — including drop in the price of renewable energy, shortage in coal supply and inability of State distribution companies to clear their dues — there are a few silver-linings too.

Analysts maintain that the power demand has grown by around 7 per cent in 2018 and the same pace is expected to continue going forward.

The first half of 2019 could see even better growth given the upcoming general elections.

This is good news for thermal power plants that continue to be the main source of base power in the country.

Considering no major capacity addition has happened in the sector for a few yearsnow, and given that the addition of renewable capacity has slowed down due to lower tendering activity , the share of thermal generation in the energy mix which currently stands at around 76 per cent could go up further, translating to an increase in plant load factor (PLF) of coal-based power plants.

The growth in power demand, however, will not offset the challenges caused by structural problems.

Lack of easy access to fuel for coal-based power plants, mainly in the private sector, coupled with no visibility on new coal linkages, poor financial condition of state distribution companies despite certain improvements on account of the UDAY scheme, and the huge burden of nearly 40 stressed assets that deprive this capital- intensive sector of any further bank advances are just some of the issues.

While ramping up coal production is a need of the hour, it will not happen overnight.

Improving coal evacuation and transporting infrastructure will take even longer. In 2018, the struggling private sector generators were left high and dry after the government directed Coal India to prioritise coal supply to State power utilities like the NTPC.

Such policies, according to the industry, should be replaced with tendering so that all utilities get equal access.

Private players hold that running plants on domestic coal (provided the project doesn’t have a dedicated coal linkage) today costs almost the same as firing it with imported coal.

Higher energy demand growth over a six-month period coupled with domestic coal shortages has led to a sharp rise in spot power tariff — it touched a record ₹18 per unit in October this year — benefitting many private sector projects relying on sales of merchant power in the absence of long-term PPAs.

This trend may not sustain in the medium term given the unutilised thermal power capacity and rising generation from renewable sources, said ICRA. . Experts believe that, in 2019, all eyes will be on the resolution process relating to the stress power assets.

With around a dozen assets referred to the National Company Law Tribunal (NCLT) and more going through a resolution process with lenders, the process will get better traction after the next hearing of the Supreme Court which has, earlier this year, put a ‘status quo’ on insolvency proceedings against power assets.

The Supreme Court is expected to hear the petitions challenging the Reserve Bank of India’s (RBI) February 12 circular on non-performing assets.

So far, lenders trying to resolve stressed power assets have not seen much interest from investors, domestic or international, — which points to the sector’s structural problems that will pose a challenge even for cash-rich investors.

However, the ability of the government to resolve three large assets — imported coal-based projects of Adani Power, the Tata Power and the Essar Power, in Gujarat — is the breakthrough event in the passing year.