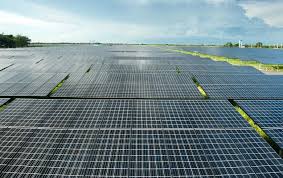 EGYPT: Amea Power to increase the capacity of the Kom Ombo solar power plant by 300 M 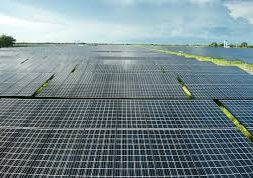 EGYPT: Amea Power to increase the capacity of the Kom Ombo solar power plant by 300 M

Emirati independent power producer (IPP) Amea Power is to increase the capacity of the Kom Ombo solar photovoltaic power plant by 300 MWp. The facility, to be built by Sterling and Wilson in the governorate of Aswan, Egypt, was originally planned to have a capacity of 200 MWp.

It will eventually be a 500 MWp photovoltaic solar power plant to be built in Kom Ombo, in the governorate of Aswan, in the south of Egypt. The information was made public on December 16th, 2020 by Amea Power, which is developing the solar project. The Emirati independent power producer (IPP) is thus increasing the capacity of the future solar farm by 300 MWp.

The increase in the capacity of the Kom Ombo power station from 200 MWp to 500 MWp follows a request from the government of this North African country.

A contract won by Sterling and Wilson

Sterling and Wilson will build the future photovoltaic solar power plant. It will consist of double-sided solar panels, i.e. panels capable of capturing the sun’s rays on both sides of the module. The company, based in Mumbai (India), will also connect the park to the Egyptian national electricity grid via a 220 kV substation. Sterling and Wilson recently signed an engineering, procurement and construction (EPC) contract with Amea Power, a subsidiary of Al Nowais Investments (ANI).

The electricity generated by the Kom Ombo solar farm will be sold to the state-owned Egyptian Electricity Transmission Company (EETC) under a 20-year Power Purchase Agreement (PPA). This should “considerably” bring Egypt closer to its ambition to produce 40% of its electricity from renewable sources by 2035. The EETC will buy the kWh of electricity at 0.027 52 dollars.

Will the solar power plant be commissioned in 2021?

When the contract was signed with the Egyptian government in 2019, Amea Power announced the completion of the 200 MWp solar power plant by the first quarter of 2021. The electricity produced by this facility was expected to meet the electricity needs of 130,000 households, in addition to offsetting 280,000 tonnes of carbon dioxide per year.

Amea Power has given no indication as to whether or not the delivery schedule for the plant will be maintained, nor the impact of its additional 300 MWp on people and the environment.

In October 2020, the Kom Ombo solar project received $54 million in funding from the European Bank for Reconstruction and Development (EBRD). It will also be financed by the French Development Agency (AFD) and the Japan International Cooperation Agency (JICA).

0
0   0
previous How Wind and Solar energy are helping in increasing power generation across the world
next Egypt’s renewables contribute in desalinating 2.9M cubic meters of sea water daily