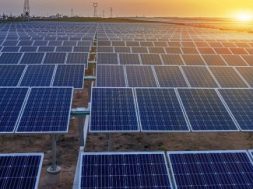 The government of the Arab Republic of Egypt through the Egyptian Electricity Transmission Company (EETC) under the Ministry of Electricity and Renewable Energy, has canceled the recently launched tender for the construction of a 200MW solar photovoltaic power plant in the West Nile region.

EETC said that the reason for the cancellation of the tender is that the North African country has achieved surplus electricity at a time when the demand for electricity in the local market is relatively low.

The commission has however not canceled the other 600 MW projects in the West Nile region, which will be put up in cooperation with the International Finance Corporation. Other projects in the country are set for review in the near future and might either be given a go-ahead or postponed or the worst, canceled.

Bidders for the 200MW solar photovoltaic power plant in the West Nile region
About 13 companies, including Orascom Construction, Infinity Energy, Acwa Power, Alcazar Energy, Lekela Power, Tebia, Masdar Clean Energy, First Solar, among others, had qualified for the implementation of the project and according to EETC, they were the first to be updated about the new development as far as the project is concerned.

Earlier, the Egyptian Electricity Transmission Company had given Synergy, a leading project management services company from India, the contract to undertake the consultancy work for the project.

The total amount of electricity produced by all-electric energy-producing facilities in Egypt is approximately 184 billion kWh per year, while the total amount of electricity consumed locally is about 159 billion kWh per year. This means that the North African country has a surplus of approximately 15% of the total electric energy produced a year.