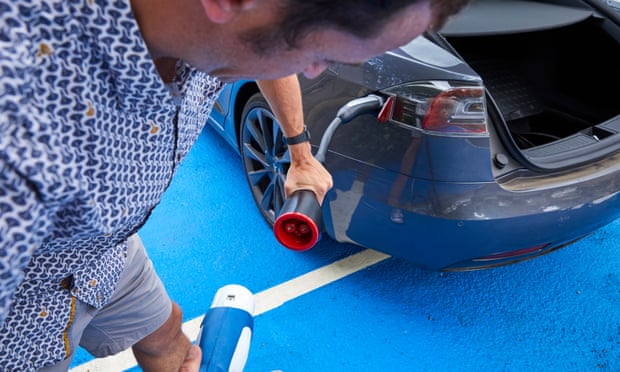 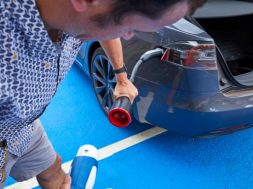 An inadequate public charging infrastructure for electric vehicles in the UK is forcing drivers to take risks by opting for highly dangerous alternatives at home, an electrical safety charity has warned.

Three-quarters of those who resort to charging from their home mains supply using a domestic extension lead even admit to risky “daisy-chaining” – using multiple extension leads plugged into one another – to reach their car, according to a survey by Electrical Safety First.

It is urging the government to expand the national network of public charging points as its findings reveal the growth rate of licensed plug-in vehicles is outstripping the number of charging points available.

Analysis of data from the Department for Transport (DfT) and Zap-Map has revealed the growth rate of licensed plug-in vehicles to be almost six times faster over the last five years than that of public charging-point locations in the UK.

In its survey of 1,500 electric vehicle owners – including both all-electric and hybrids – 74% of respondents said the shortage of public charging points near their home had led them to use domestic multi-socket extension leads, not suitable for outdoor use, to charge from the mains in their home.

This is despite almost nine out of 10 respondents admitting they were aware these should not be used outdoors. Over half of electric vehicle users who charge using an extension lead, meanwhile, said they had left cables running to their vehicle in the rain.

In addition, 75% of those who charge with a domestic extension lead admit daisy-chaining to reach their vehicle, despite it being advised against in all circumstances due to the risk of electrocution and fire.

Electric vehicles are seen as key to government plans to reduce greenhouse gas emissions and pollution. It says it wants all cars to be effectively zero emission by 2040.

Electrical Safety First urges consumers to take advantage of government grants to help fund the cost of a specially designed home charging point, which is safer than charging from the mains.

Councils play an important role in providing charging infrastructure, while other charging points are provided by supermarkets or shopping centres. But earlier this year the Guardian revealed at least a quarter of local authorities in England and Wales had put a brake on the expansion of charging networks for electric vehicles, largely because of budget cuts.

A DfT spokesperson said: “Drivers should be able to charge their electric vehicles on a network that is accessible, reliable, affordable and safe, and almost 1,000 public connectors have been installed in the last 30 days alone.

“Nearly 120,000 charge points have been installed across the UK to date and we are continuing to accelerate the growth of infrastructure through a range of initiatives, including up to £500 off the upfront cost of residential installations.”