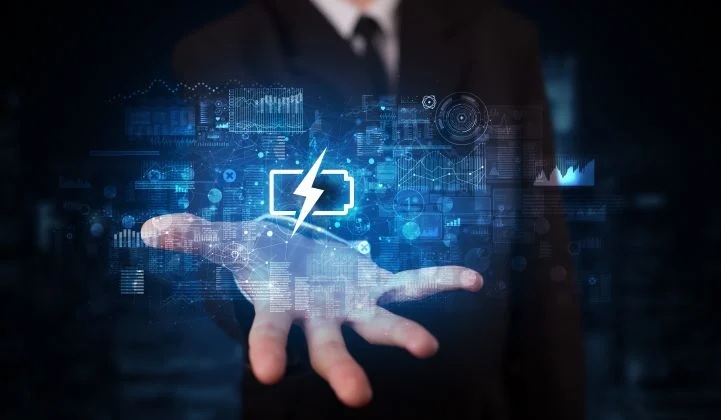 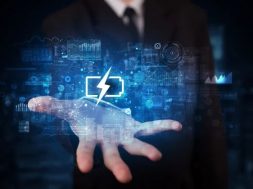 An attempted shortlist of the major breakthroughs in the energy storage industry’s biggest year ever.

The coronavirus pandemic brought the broader economy to a halt, but the energy storage industry didn’t get the memo.

Instead, developers made this year the biggest ever for battery installations in the U.S. More capacity is going into homes than ever before, helping families make better use of rooftop solar investments and keeping the lights on during outages. Large-scale projects reached new heights, including LS Power’s completion of the largest battery in the world, just in time to help California grapple with its summer power shortage.

Just a few years ago, energy storage was a niche item, something people built in the very few locations where a higher force compelled it. Now, utilities across the country are using batteries to solve numerous grid problems and planning far more for the near future. And the most boisterous of power markets, Texas, has finally broken open for storage developers, with major projects already underway.

Here is an attempt at condensing all of these upheavals and breakthroughs into a list of the crucial energy storage storylines from the year. Think of it as a cheat sheet for all things energy storage in 2020.

Deployment like never before
2020 will certainly go down as the biggest ever for the U.S. grid storage industry. The annual market for grid batteries passed the $1 billion mark and the 1-gigawatt threshold for the first time ever, per the latest Energy Storage Monitor report from Wood Mackenzie. Overall capacity installations doubled compared to 2019, a growth rate that you won’t see in any other kind of energy infrastructure right now.

In practical terms, this means more battery capacity is storing solar production that might otherwise go to waste. More battery peaker plants are discharging during times of extreme demand, without unleashing local pollutants into their surroundings, as the gas-burning alternatives do.

Most of that new capacity is headed to California, where batteries are the new go-to resource for meeting peak demand (gas plants still dominate overall, but the state is not building new ones). LS Power built not only the country’s but the world’s biggest battery this summer, activating 250 megawatts/250 megawatt-hours at the Gateway project. But several similarly massive mega-projects are racing to completion in the state.

No other state matches California’s pace of battery construction, but developers are at work on several 100-megawatt projects in Texas. Until recently, the competitive ERCOT market had deterred storage developers, who often like to have solid contracts with established utilities before they build anything. As of this year, companies including Broad Reach Power, Key Capture Energy and Enel Green Power targeted the state for multiple large-scale projects. The flurry of activity shows that energy storage has become compelling even in competitive markets that don’t heavily subsidize the technology.

Forced to confront fire safety
This year, the industry grappled with the ramifications of 2019’s battery fire and explosion at the McMicken facility, which injured four firefighters near Phoenix, Arizona.

It took until this summer for the investigation to wrap up, so 2020 was when we got to process the findings. The investigation found that a cell failure caused thermal runaway, and the fire suppression installed at the facility was not powerful enough to stop the heat from propagating throughout a rack of battery cells. The lack of ventilation meant that dangerous gases built up inside the container until first responders opened the door, which created the conditions for an explosion.

The findings suggest that designs considered state-of-the-art just a few years ago actually contained several safety flaws. But storage providers did not wait until the report was published to fix that problem. The major battery integrators have switched to safer designs, including ventilation and cabinet-based enclosures that protect against propagation.

A challenge remains in sharing vital information about battery fire safety among the nearly 30,000 fire departments in the U.S. Veteran Las Vegas firefighter Captain Richard Birt has taken a personal approach to that mission, educating more than 1,000 firefighters on how to deal with solar and batteries, so that those technologies can proliferate and help save lives.

Several companies champion the lithium-iron-phosphate (LFP) chemistry as a safer alternative to the popular nickel-manganese-cobalt (NMC) chemistry handed down from automotive supply chains. Companies such as sonnen, SimplipPhi Power and Blue Planet Energy have long said this is the right choice for batteries installed in homes. But LFP is making headway in larger projects, and Wood Mackenzie predicted this year that LFP will supplant NMC as the top grid storage chemistry over the coming decade.

Another approach to battery safety is designing casings that prevent heat from spreading in the event that a single cell fails. Startup Cadenza Innovation has been working on this for years, and it recently completed its first stationary storage field test at the headquarters of the New York Power Authority.

LG Chem, which made the batteries for McMicken, disputes the finding that a cell failure kicked off the problem. In the final months of 2020, GM and Hyundai each recalled roughly 70,000 electric vehicles due to safety concerns about LG Chem cells, and GTM broke the news that LG Chem — recently spun off as LG Energy Solution — recalled some of its home battery systems as well.

LG retains the trust of leading developers — it supplied the record-breaking Gateway project this year, for instance — but the recalls ensure that the question of lithium-ion safety has not been settled. Expect up-and-coming manufacturers to differentiate themselves on that point.

A storage fan wins the presidency
The energy storage industry accelerated like never before during Donald Trump’s presidency, though this statement could lead to one of those correlation/causation problems that trip up the statistically challenged. Storage would have continued to grow no matter who won the presidential election.

But Joe Biden won, and Biden is actually on the record saying he wants more energy storage. His energy platform referenced the technology numerous times, and it fits well in his strategy to jump-start the coronavirus-battered economy through investing in clean energy.

Congress jumped in first, though, passing a stimulus package just before Christmas that includes renewable tax credit extensions and $35 billion for energy research and development, including some storage-specific programs.

Where specifically Biden will take action to help energy storage remains to be seen. The industry is hoping for a standalone tax credit, naturally, but also for executive-branch support like tariff relief and including storage in federal energy procurement.

Biden’s pick of former Michigan Gov. Jennifer Granholm to run the Department of Energy bodes well for storage. In the aftermath of the 2008 recession, Granholm ran a strategic analysis of where Michigan could grow its economy and concluded that electric vehicle manufacturing was a top priority for industrial growth. That knack for spotting growth industries years before they hit their stride could lead to some savvy investments at DOE. And thanks to Congress, Granholm will have an extra pot of money to dispense if she wins confirmation for the role.

Virtual power plants racked up deals
While power plant developers built bigger than ever, the small and distributed form of energy storage made significant advances as well.

The latter group links small batteries into distributed, controllable networks, sometimes referred to as virtual power plants — they deliver electrons, just like a power plant, but through coordinating many pieces of equipment across numerous locations. The model poses several questions. Does this work as well as a few large, central power plants? How much compensation do homeowners need to be motivated to participate? Can anyone sign up and install enough homes in the right areas to deliver a utility contract, and still make some money on the multiyear endeavor?

Several companies are betting on positive answers to those questions. Lead rooftop solar installer Sunrun has now installed more than 13,000 home battery systems, and recently expanded its solar-storage product to everywhere it sells solar, instead of reserving it for a subset of states.

Utilities also staked a claim on the VPP vision. Oregon utility Portland General Electric launched its own 525-home program this summer. Vermont’s Green Mountain Power has been doing this sort of thing for years — it now controls 2,567 Powerwall batteries in customer homes, reaping millions of dollars of savings on peak power each year while helping customers maintain power during blackouts. The utility finalized its home battery program as a permanent energy storage tariff this summer, ensuring it will continue to grow for years to come.

And battery aggregation startup Swell Energy finished the year with a bang: The company raised $450 million of financing from Ares Capital Management to install 14,000 home battery systems, which will fulfill Swell’s utility contracts in Southern California and elsewhere.

Residential batteries continued their string of success with six consecutive record quarters, as measured by capacity installed. But they’re still reaching around 7,000 customers per quarter, meaning there’s a long way to go before the market achieves viral growth.

Long-duration storage got closer to commercialization than ever before
Certain topics populate the writings of energy reporters far out of proportion to their current contributions to the energy system. Green hydrogen recently edged out long-duration storage in the coverage-to-achievement metric, but that’s a factor both of hydrogen’s stunning rise in conceptual popularity this year and in the ability of long-duration energy storage startups to get the ball rolling on projects that may soon resemble meaningful installations. (See GTM’s explainers: So, what exactly is long-duration energy storage? and So, what exactly is green hydrogen?)

The conundrum facing this motley crew of technologies is that it is theoretically quite useful to economically store electricity for many hours, if not days or weeks, but almost nobody wants to pay for that service right now. This started to change this year: California’s utility regulators determined the state will probably need about 1 gigawatt of long-duration storage by 2026. And a coalition of California’s community choice aggregators put out an actual request for proposals for storage that can last eight hours or longer, which would need to be installed by 2026.

The folks who sell this stuff have an even more bullish view of its value. The California Energy Storage Alliance recently published an analysis that says California’s transition to clean energy will require 45 gigawatts or more of long-duration storage by 2045 — roughly equivalent to the state’s peak electricity demand these days.

If that all seems a bit far off, recall that Form Energy won a contract in May to build a 150-hour “aqueous air” storage system for a Minnesota utility by 2023. Form subsequently raised a $76 million Series C. Highview Power, which stores energy by supercooling air in tanks, broke ground on a full-scale power plant near Manchester. Plenty more companies insist they’re on the cusp of building megawatt-scale long-duration storage projects, a necessary precursor to giving mass-produced lithium-ion batteries a run for their money.