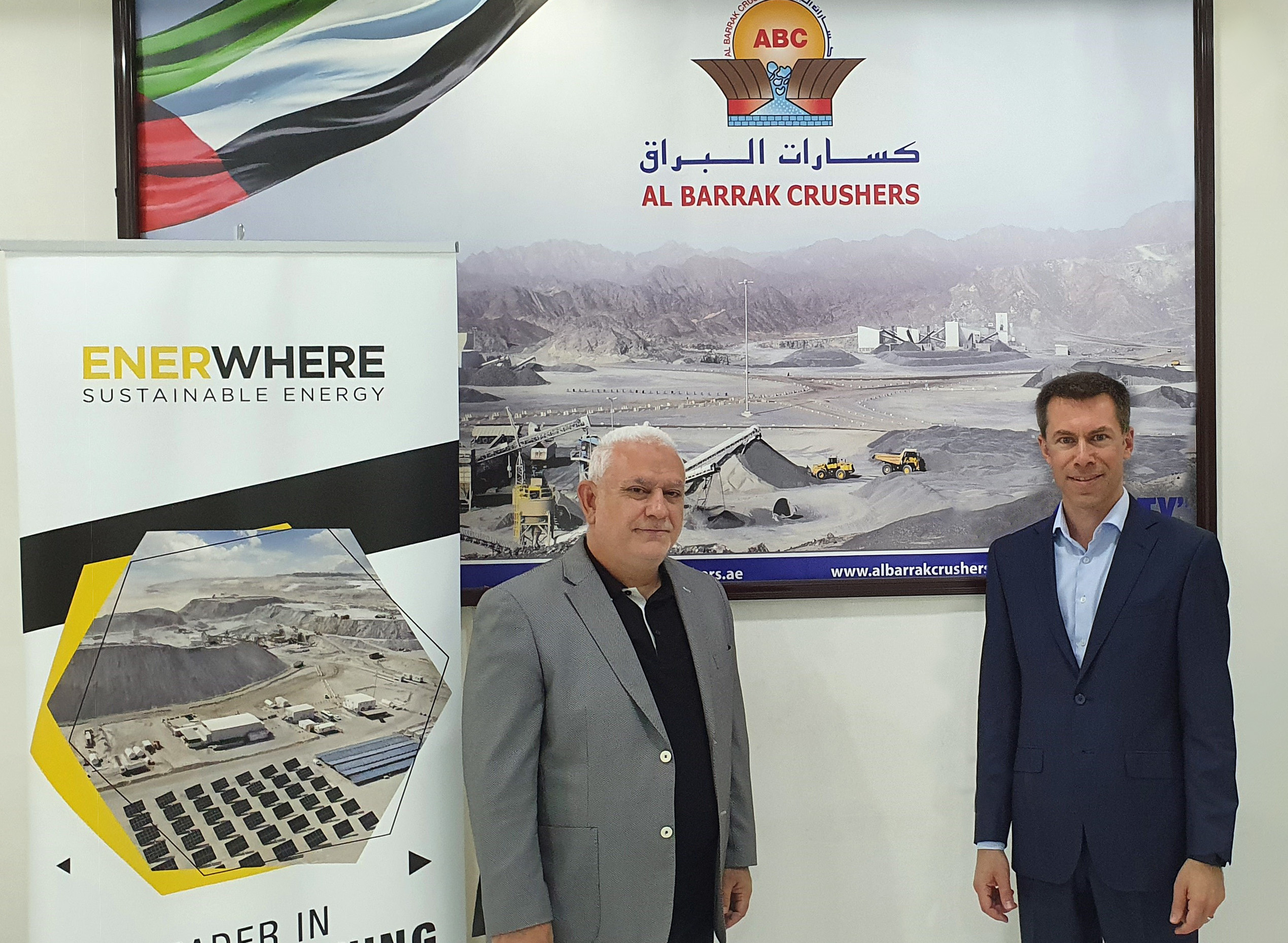 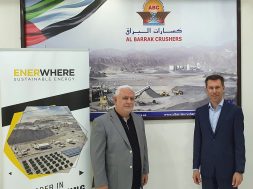 Enerwhere and Al Barrak Crushers today signed a long-term agreement which will see Enerwhere finance, operate and maintain a solar-hybrid microgrid with a capacity of 4.1 MVA to power Al Barrak’s quarry in Fujairah.

To power their mining activities, Al Barrak, like most other quarries in the Middle East, used to rely solely on diesel generators, which are noisy, very expensive to operate and emit harmful emissions.

The collaboration with Enerwhere will allow Al Barrak to reduce their carbon footprint by over 30% by using solar power instead of diesel generators to power their crushing machinery, as well as the workshop and offices.

The operation in Fujairah will be the third solar-powered crusher in the UAE, joining two other sites already being powered by Enerwhere’s solar-hybrid systems in Abu Dhabi and Fujairah.

Commented Mr. Zywietz: “We are very proud to have been chosen by Al Barrak to provide power to their entire operation, even more so because of the technical challenges involved. However, with our experience in powering large motors on tower cranes and other heavy machinery we felt like we were up for the job – and thankfully the Al Barrak team agreed.

Juan Saleh, General Manager of Al Barrak Crushers said: “Combating climate change is a critical task for everyone today, and the mining industry is no exception. Shifting our energy consumption to solar energy is hence an important step in our sustainability journey.

But to do this we needed to find the right local partner with the technical expertise for such a complex and demanding power environment. Given their track record in this industry we believe that Enerwhere has the right team for the job.”

The more than 3,000 solar panels will be installed on top of a hill overlooking the quarry, putting them outside the dust plume generated by the crushing operations. Nevertheless, keeping the panels clean will be one of the key challenges in the operation, requiring nearly daily cleaning.

To integrate the solar power into the microgrid, Enerwhere utilizes its proprietary state-of-the-art power management and control system, which provides real-time monitoring of site power requirements and optimizes the solar penetration by controlling the solar system, the generators and the loads.

In addition to this, Enerwhere is planning to install batteries to further increase the solar share by storing renewable solar energy generated during the day for the night, further decreasing carbon emissions and generator usage. By doing so, Al Barrak’s quarry will be a one of only a handful of mining operations in the world utilizing such an advanced solar-diesel-battery hybrid system.