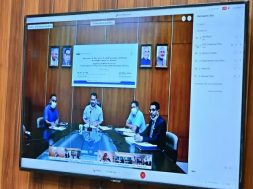 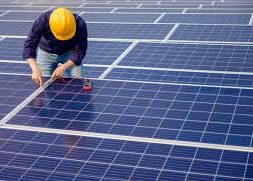 Reuters reported that European Union environment and energy ministers agreed renewable energy targets for 2030 ahead of negotiations next year with the European Parliament, which has called for more ambitious green energy goals. Ministers said they would aim to source at least 27% of the bloc’s energy from renewables by 2030, up from a target of 20% by 2020.

In October, the European Parliament called for this target to be increased to 35%, a level also put forward by a group of big technology, industry and power companies last week.

As part of the package of measures, ministers also agreed on the share of renewable fuels to be used in transport, while setting a cap on first-generation biofuels, which critics say compete for agricultural land with food.

EU member states set a 14% renewables target for fuels used in road transport by 2030, with bonuses given for the use of renewable electricity in road and rail transport.

The inclusion of rail into the renewable transport targets was criticised by the European Commission, as large parts of the European rail network are already electrified.

Europe’s climate commissioner Miguel Arias Canete told ministers during negotiations said that “The level of ambition is clearly insufficient.” Canete added that with falling prices for renewables, the EU could reach a target of 30 percent of renewables with similar costs as had been previously estimated for the 27 percent.

Canete told a press conference that “The reduction of costs in renewables has been spectacular, whether it is in solar energy or wind power.”

The European Council and the European Parliament will need to find a compromise in talks over the final legal texts on these matters next year.

The EU’s renewables targets are part of a set of proposals to implement the bloc’s climate goals of reducing greenhouse gas emissions by at least 40 percent below 1990 levels by 2030, in the wake of the Paris Agreement to limit further global warming to no more than 2 degrees.