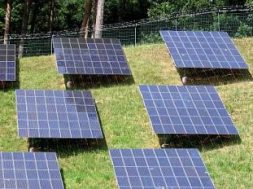 The European Commission recently approved a measure to support the production of electricity from renewables and electricity-heavy industrial consumers in Lithuania, a move that positions the largest of the three Baltic States as the region’s leader in meeting the European Union’s 2020 and 2030 energy directives.

In 2018 it was announced that Lithuania was amongst 11 EU member states including Sweden and Finland to already be sourcing 20% of its energy from renewable sources.

The EC’s support package to Lithuania worth EUR 1.24 billion came into effect on January 01 2019, and will run until 2029. The Commission says that it will financially support producers of renewable-sourced electricity across Lithuania through a levy paid by the final user. As part of the package, the Lithuanian government also announced that it would give energy-heavy industries a reduced electricity levy of up to 85% they paid on the previous year if they are able to show an electro-intensity rate of 20% or more.

The EC’s decision to issue this support package is the latest in a series of renewable energy-related moves in relation to Lithuania ahead of 2020. In July 2018, Sun Investment Group and partner I+D Energias Lithuania announced that they would be installing the largest commercial rooftop PV plant in the Baltic States. The plant is worth 1,389 kilowatts, and installed on the roof of the RETAL factory in Lentvaris, some 10 kilometres from the capital Vilnius. In December 2018, the project was successfully completed and will be officially opened in February this year.

The decision to pursue a renewable future was taken by RETAL as part of its corporate responsibility pledge to be amongst the very first multinational companies founded in the Baltic States to use solar as one of its various energy sources.

Lithuania’s commitment to renewables is also key to moving the Baltic region away from their  energy dependence on Russia, after the supply arm of the Lithuanian state energy supplier, Lietuvos Energija (LE), recently signed a short-term one-year agreement with Russia’s Gazprom to supply Lithuania with gas throughout 2019.

International renewable energy industry experts predict that within the next two decades, traditional energy sources such as gas, coal, and oil due will be replaced 100% by renewables as a result of their current slow-to-non existent growth rates.

In light of these findings, Lithuanian energy experts believe that by continually meeting EU energy directives, incentivising electricity production, and pursuing corporate responsibility targets where companies aim to be powered 100% by renewables, then Lithuania can set an example to policy makers and solar energy suppliers in neighbouring Latvia and Estonia on how to reduce the entire Baltic region’s need for Russian energy and pursue its own energy autonomy.

“It is extremely positive to see the European Commission incentivise electricity production via renewables in Lithuania,” said Sun Investment Group’s Chief Business Development Officer, Andrius Terskovas. “As a country, we have already exceeded our 2020 renewable energy targets, and we are determined to continue this trend and be fully reliant on our own energy supplies as the world moves a renewable future. We hope that our example will be adopted by our friends and neighbours in Latvia and Estonia as we seek further integration with the EU in the coming years.”

Lithuania is amongst the few EU member states to have already met its 2020 renewable energy targets. Therefore it is expected that the drive it has shown and the subsequent support it has obtained from EU institutions is likely to spread to Latvia and Estonia as all three Baltic States seek to create a sustainable and renewable future energy policy for the region.

Sun Investment Group (SIG) was founded in 2011 as an investment management and development company focused on solar energy assets within investment-grade markets. It has extensive experience in developing solar power projects across Europe. SIG is one of the biggest solar PV players in Central-Eastern Europe region. Most recent project was developed and is under construction in Poland with a cumulative power of 42,36 MWp, approximately 15% of the country’s total market. Other key operational markets include Spain, Hungary, and Italy.https://suninvestmentgroup.com.