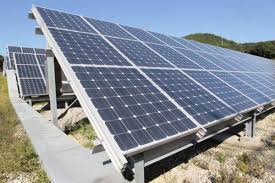 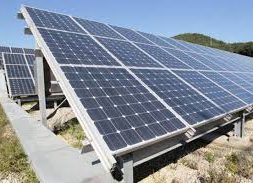 Even though the current environment of lower interest rates, expectations of further decline in solar panel prices and having an assured buyer have been attributed to solar tariffs falling to the record low level of Rs 2/unit in the latest SECI auction, experts warn that solar developers quoting such low rates are walking a tightrope. The equity internal rates of return (IRRs) for the projects could slip significantly to single digits if cost assumptions do not hold true, they opine.

“Access to debt at rates 200-250 bps lower and a $0.03-0.04 per wattpeak (wp) drop in module pricing would enable maintenance of equity IRRs of 12-13% at the new tariff of Rs 2/unit,” Hetal Gandhi, director — industry research at Crisil, told FE. However, Gandhi cautioned that if module prices do not fall and utilisation levels of the plants are below 23%, IRRs can drop sharply to single digits, adding that, “we clearly believe that these tariffs are one-off and may not sustain”.

Module prices currently stand at $0.17/wp, around 13% lower than last year, and it remains to be seen if the rates have already bottomed out. Since Chinese modules — the cheapest source for Indian developers — are currently subjected to additional scrutiny and testing, timely supply of modules from import destinations would also remain a key monitorable. Modules comprise about 65% project cost for solar power plants.

In the latest auction — conducted by state-run Seci for supplies to consumers in Rajasthan — Saudi Arabia-based Al Jomaih Energy and Water and Green Infra Wind Energy, a unit of Singapore-based Sembcorp Industries, quoted the lowest tariff for building 200 MW and 400 MW solar projects, respectively. State-run NTPC will be awarded 470 MW at Rs 2.01/unit.

According to initial estimates by analysts at ICICI Securities, cost for this project should range around Rs 4.2 crore per MW for NTPC, resulting in 12-14% IRRs, helped by a decline in average cost of debt falling 54 bps y-o-y to 6.37% in the first half of FY21 and a lower tax rate since the project will be set up under a new company NTPC Renewable Energy. The FY21 Union budget had extended the concessional corporate tax rate of 15%, earmarked for manufacturing companies, to new domestic electricity generation firms, effectively reducing their tax incidence by ten percentage points.

Experts have claimed that the aggressive tariffs quoted by the foreign funded companies is due to their eagerness to establish themselves as serious solar players in the Indian market, where the renewable energy base is seen to quadruple in the coming decade. Sembcorp, already has a significant presence in the country’s wind sector and has recently commissioned a 300 MW project in Gujarat which it had won in the third round of the SECI wind auctions where the lowest tariff of Rs 2.44/unit had been discovered.

According to a recent joint study conducted by JMK Research & Analytics and The Institute for Energy Economics and Financial Analysis, equity IRR for a 250 MW solar project in Rajasthan selling power at Rs 2.55/unit comes to 12.9%. The analysis took into consideration interest cost of 10%-12% and capacity utilisation factor of 19.5%. “Earlier equity IRR of more than 14% was considered good, but now with falling tariffs and increasing competition, most developers are estimated to be getting equity returns of 12-13%, leaving very little margin for error if there are unplanned project delays or curtailments,” analysts said in this report.

The impact of the coronavirus outbreak on the supply chain and other construction delays have been cited as a cause of PPA cancellations, but industry trackers noted that the ultra-low tariff quoted by some of the firms might not be viable anymore amid time overruns, leading to termination of contracts.