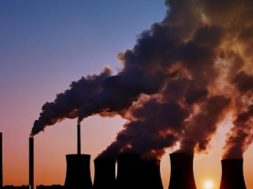 Influential groups and vested interests from the incumbent fossil and nuclear industries are claiming to be realists. They accuse climate scientists as well as activist groups and NGOs of only pursuing unrealistic dreams. They also put forward and reiterate the view that ambitious climate action is too expensive, and energy systems based fully on renewable energy would be inherently unreliable. Renewable energy is framed as too pricy and simply not capable of delivering secure services for growing worldwide energy demands. This vision is increasingly dismantled as a pure myth by recent scientific findings that are supported by the fast cost digression of energy technologies such as Wind, Solar-PV and battery systems.In this vein, a new study conducted by Finland’s LUT University (LUT) and the Energy Watch Group (EWG) presents a first-of-its-kind technology-rich, multi-sectoral, multi-regional and cost-optimal global energy transition pathway that clearly shows the economic feasibility to base all energy systems around the world 100% on renewable energy. The outlined pathway offers opportunities for growth not only in the power sector but also in the heating and cooling, transport and desalination sectors while providing a complete phase-out of energy-related greenhouse gases. In addition, the major part of international energy dependencies can be removed by 100% renewable energy systems since it runs almost completely on local and domestic resources.

On this path, the global primary energy supply will shift increasingly towards electricity, while the share of renewable energy grows from around 10% in 2015 to 100% by 2050. Solar PV and wind energy emerge by 2050 as the predominant sources of electricity supply with around 76% and 20% respectively of the total primary electricity supply across the power, heat, transport and desalination sectors. Furthermore, energy storage plays a critical role in the transition of the global energy system toward 100% renewables. A combination of both electricity and heat storage technologies support the energy demand throughout the daily and seasonal variations of supply and demand.

While increasingly large costs shares are needed for capital expenditures, the total cost of energy can be kept stable. In the newly featured study, it even decreases slightly from currently 54 to 53 Euro/MWh. This is due to the complete mitigation of expenditures for fossil fuels. Moreover, the transition from the current to the 100% renewable energy-based system is accompanied with major job creation. On the global level, the energy sector provided only 20 million jobs worldwide in 2015, thereof more than 70% in the fossil fuel sector. By contrast, the renewable energy system will need 35 million people. Solar PV emerges as the major job creating industry, employing more than 22 million people by 2050, followed by battery, biomass, hydro and wind industries.

The energy transition will also have some key differences in the regions. Most prominently, almost all Sun Belt countries will use solar PV as their primary source of electricity. In particular, South Asia (SAARC) will have a world record share of 95% solar PV electricity generation by 2050 in the most cost-effective generation mix. In South Asia, the total installed generation capacity grows massively from over 400 GW in 2015 to around 13,000 GW by 2050. In the initial phase of the transition, some shares of wind capacities are expected up to 2030, but in the latter part of the transition, solar PV will dominate the installation of capacities reaching almost 11,910 GW by 2050. The cost of energy (LCoE) is projected to remain around €43-57/MWh through the transition with 51 €/MWh by 2050. At the same time, this implies a largely autonomous energy system also in India.

In the process, the primary electricity generation of the SAARC region increases from around 1,750 TWh in 2015 to around 10,800 TWh by 2050, which is primarily from PV but also wind along with some hydropower. Similarly, heat generation increases from around 2,300 TWh in 2015 to around 6,700 TWh by 2050, which comes predominantly from electric heating along with some shares from heat pumps, solar thermal, non-fossil gas and biomass-based heating. The total number of direct energy jobs in the SAARC region increase from over 4.2 million in 2015 to around 5.8 million by 2050. Solar PV and battery storage emerge as the major job creators with 4.18 million jobs and 894 thousand jobs respectively. After an initial job boom with almost 7 million directly employed persons in 2030, the number of jobs firstly decrease but stabilise until 2050. The electrification of a vast number of currently un-electrified people by 2030 who gain a perspective of a steady increase in their consumptionof energy services accompanies an expected initial fast ramp-up.

Climate change is impacting every continent on Earth at increasing frequency, and the detrimental impacts of climate change are projected to get much worse at a temperature rise of 2°C above pre-industrial levels. Limiting global warming to 1.5°C by mid-century could reduce the exposure to both climate-related risks and the corresponding susceptibility to economic burdens. Therefore, a rapid and fundamental change of all carbon-emitting sectors of the global economy must take place, particularly in the energy sector, which is the primary contributor to greenhouse gas (GHG) emissions. As more and more climate mitigation studies show, there is an urgent need for the global community to collectively pursue a pathway towards net zero GHG emissions by launching a rapid transition of the energy sector around the world. A German-Finish team has now put forward a blueprint that proves that a climate-friendly, decentralised energy system is technically feasible and economically
attractive. There is only a great need for political decisions and support remaining.

Hans-Josef Fell is President of the Energy Watch Group since 2014 and was an initiating force behind its establishment. He was the architect of the first renewable energy Act in Germany in 2000. Fell is the author of the book Global Cooling – Strategies for climate protection.