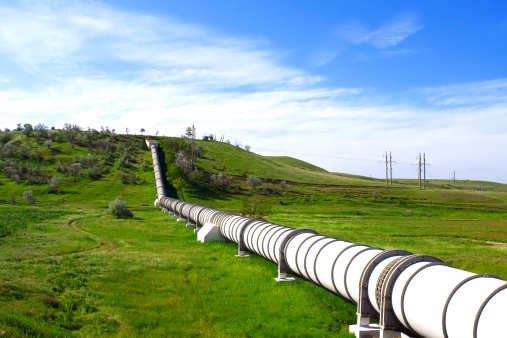 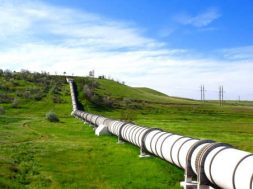 Peter Altmaier told a high-level meeting of German and American officials that Germany is prepared to provide substantial subsidies to the consortia building the terminals, but declined to name a figure

BERLIN: Germany’s economy minister said Tuesday he’s confident the country will soon have two terminals capable of receiving shipments of U.S. liquefied natural gas, something Washington has been pressing for in its bid to increase exports to Europe.

Peter Altmaier told a high-level meeting of German and American officials that Germany is prepared to provide substantial subsidies to the consortia building the terminals, but declined to name a figure.

Altmaier, a close ally of Chancellor Angela Merkel, stressed that Berlin wants to resolve its differences with the United States over plans for an undersea gas pipeline from Russia to Germany. Washington has strongly objected to the project, warning it will increase Russia’s strategic clout in Europe and harm U.S. allies such as Poland and Ukraine.

“The fact that we are friends means in my eyes that we should try as good as we can to overcome tensions,” Altmaier told U.S. Deputy Secretary of Energy Dan Brouillette during his opening statement at the conference in Berlin.

Brouillette welcomed an agreement between Germany and France last week that will see EU regulations applied to gas pipelines such as the Russian-German Nord Stream 2 project.

He declined to say whether threatened sanctions against the companies involved were off the table, saying that was a matter for the U.S. Treasury and State Department to decide.

While Washington would be closely watching implementation of last week’s agreement, Brouillette said that “on balance we are encouraged by this.”

Both he and Altmaier insisted that there had been no deal for the U.S. to set aside its concerns about Nord Stream 2 in exchange for German support for the building of terminals for liquefied natural gas, or LNG.

Germany, Europe’s biggest economy, is an interesting market for gas exporters. The country plans to phase out its use of coal and nuclear power in the coming decades. Altmaier said this is “good news” for natural gas suppliers such as the United States, as Germany will need a reliable supply of the fossil fuel to complement renewable energy sources – at least until hydrogen becomes a realistic option.

But he insisted that Germany will shop around for its gas and is already in talks with Qatar, Egypt and Israel.

Asked whether Germany considers the United States a reliable partner following the Trump administration’s withdrawal from key international accords, Altmaier said: “As far as energy supplies are concerned Europe isn’t and mustn’t allow itself to be blackmailed by anybody, whether they are friends or foes.”

“We are prepared to be a transparent, competitive and reliable supplier of LNG,” said Brouillette, adding that the price of American gas exports is likely to drop soon as more shipment terminals go online in the U.S.