Germany’s Biggest Solar Park Will Be Built Without Subsidies

Germany’s Biggest Solar Park Will Be Built Without Subsidies

EnBW AG said it plans to build Germany’s biggest solar park without subsidies, underscoring how falling costs are fueling green power investments in Europe’s largest economy Germany’s fourth-biggest utility will build the 175-megawatt Weesow-Willmersdorf plant over 164 hectares (405 acres) in Brandenburg outside of Berlin, EnBW said on Wednesday. Its power will feed wholesale markets with enough electricity for about 50,000 homes.

It’s the second time in less than two years that EnBW is expanding boundaries for financial feasibility in green power. It won capacity in Germany’s first offshore wind auction in 2017 by offering to build and operate parks without aid, sending a signal on the competitiveness that was repeated in a second tender last year. 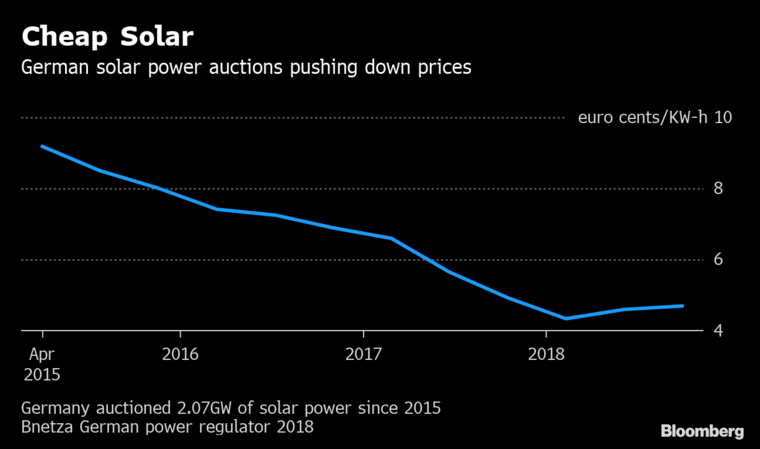 EnBW bought Weesow-Willmersdorf last year from Procon Solar GmbH. The Karlsruhe-based company expects the project will catapult it into Germany’s top league of solar developers. Building the project without aid sends important signal on the competitiveness of clean power, it said, adding that a final investment decision will be taken this year.

Solar power is staging a renaissance in growth in Germany after slumping earlier this decade when subsidies were cut. Plummeting solar equipment prices driven by China, along with lower battery storage costs, are fanning expansion of both utility-scale and retail installations. 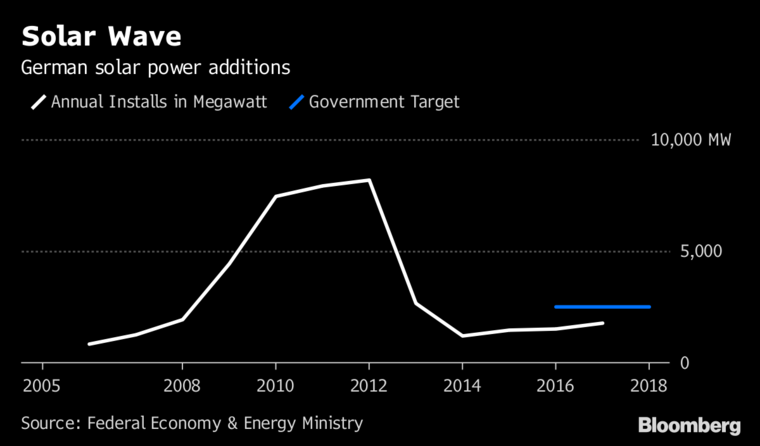 The development is creating an opportunity for commercial investors to seek bespoke power deals with industry and service companies, or to seek revenue on the wholesale power market competing with fossil fuels, wind and nuclear power.

EnBW kicked off its drive to add clean power assets to its coal, gas, hydro and nuclear plants in 2012 and aims to have a 40 percent share for the low carbon energy by 2020.