Ultra mega project
An ultra mega solar park is one which at a single location has total installed capacity of 500 MW.

About 9 square miles of land was acquired for the project and common infrastructure, including roads, were laid for the project, located close to Kurnool. Over 2,500 people were engaged for construction and a skill development centre was set up by Greenko, one of the renewable energy companies.

According to a case study presented by NRDC after visiting the site and inputs from AP Solar Power Corporation, the cumulative annual energy generation at 24 per cent output will be 2102.4 million units, bringing about annual carbon reduction of 1,892,160 tonnes of CO2. The project has seen deployment of 45.8 lakh solar PV modules and 1.27 lakh km of cables were laid.

Kadapa project
The State government is implementing another park of 1,500 MW at Kadapa.

However, with several other large projects coming up in the country through bids, and prices spiralling down, it is to be seen how long this tag of single largest single location would be retained by the Kurnool park. 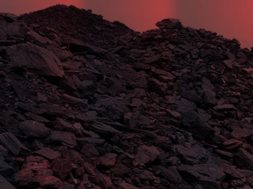