How best to encourage renewable energy after COP21

How best to encourage renewable energy after COP21 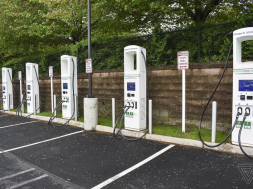 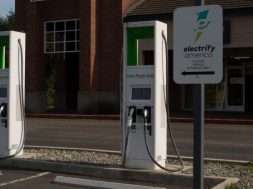 More than 150 researchers, government officials, investors and other energy experts met Monday with IEA officials in Paris to share ideas about the opportunities and challenges for renewable energy following the global accord to limit global warming to below 2 degrees Celsius.

The findings from the invitation-only meeting of the IEA Renewable Energy Working Party (REWP) will help inform Agency recommendations, including a special report on renewable energy in the forthcoming World Energy Outlook 2016.

Executive Director Fatih Birol told the participants that the COP21 accord is just the first step towards a new energy sector. “With Paris behind us, everything is not finished: it is just beginning,” he said, noting the transformation already faces headwinds in the form of low fossil fuel prices.

Besides the effect of fossil fuel costs, the meeting looked at the cost-effectiveness of carbon pricing and other ways to improve the competitiveness and uptake of renewables necessary to meet the COP21 pledge. Presenters showcased projects and policies aimed at persuading both industry and consumers to embrace renewable energy.

“We have an important challenge ahead of us to integrate renewable energy into the energy mix,” Dr. Birol reminded the participants, who came from as far afield as Korea and Mexico.

IEA Deputy Executive Director Paul Simons opened the meeting, and top Agency officials led the discussions. In the morning, Brian Motherway, Head of the Energy Efficiency Division, moderated a panel on how to expand renewable energy in heat for both industry and households. In the afternoon, Paolo Frankl, Head of the Renewable Energy Division, led a debate on the next steps for auctions for large-scale renewable energy projects.

The final discussion addressed how best to align climate policies to facilitate growth in renewable energy, and whether markets alone can achieve the transformation. Participants included the European Commission’s Director-General for Climate Action and the Secretary-General of the Global Wind Energy Council as well as professors from Imperial College London and Tianjin University in China.

The REWP is part of the IEA Committee on Energy Research and Technology. Besides examining policies to encourage renewable energy, the REWP co-ordinates activities of international experts’ groups, the IEA Technology Collaboration Programmes, related to renewable energy and hydrogen. The IEA also works with the private sector through another group, the Renewable Industry Advisory Board, which was holding its annual meeting on 15 March at the IEA headquarters. Next month, the IEA will host another invitation-only workshop for more input for the World Energy Outlook 2016 special report.