Regional hydrogen markets are well-established, with operative value chains in place. In terms of sustainability targets however, the verticals of this value chain have to be redesigned for hydrogen to deliver on the true decarbonization potential it holds.

With a few niche applications, hydrogen as a commodity has historically fulfilled the purpose of an intermediate product for the synthesis of outputs like ammonia. Its versatility and characteristics are now helping it gain momentum as an energy source where decarbonization through electrification proves difficult – for example heavy transport.

For any application using hydrogen as a fuel, the chain is only as strong as it’s weakest link – in the case of the following example the upstream carbon intensity for producing the fuel:

The need for a shift towards a sustainable feedstock is evident, yet the decarbonization impact of hydrogen relies largely on its production pathway, as noted in the following.

Projections and production pathways for hydrogen

Hydrogen is a versatile energy carrier, in the way it is produced and the end products it can serve. It is important to be aware of the nuances of both.

Hydrogen is given different ‘labels’ which reflect different methods of production. While the H2 molecules that are produced are the same, the label relates to the source. It is also important to distinguish between the upstream characteristics (CO2 footprint) of the process.

While the production pathway of hydrogen has no impact on its final application, the carbon intensity of each governs the decarbonization potential of each application/sector; transport thus depends on the energy sector to deliver low-carbon electricity for production of green fuels (for either battery or fuel cell EVs), while biomass exploration must be considered from a sustainability perspective as well. The variations in upstream production outlined below show the multimodal production possibilities of hydrogen:

The accessibility of green hydrogen is linked to the availability of low-carbon energy sources (wind, solar and hydro power). Current projections suggest that the rearrangement of the value chain from grey to green hydrogen is unlikely to occur at scale before the 2030s.

Only a few sources exist that provide global projections on hydrogen availability, and in most cases they do not distinguish between the different labels. From a long-term perspective this is not critical, as it is to be expected that ‘green’ will replace ‘grey’ as the price of green hydrogen falls.

The projections show an exponential growth profile for hydrogen – leading to the expectation that it will take a central role in the future global energy mix.

A green turnaround is technically feasible, but cost-competitiveness of green hydrogen is a pre-condition for any commercial breakthrough.

Cost of producing hydrogen – grey, blue and green
Hydrogen production from fossil fuels is currently more cost-competitive than from renewables but in the long-term, renewable (green) hydrogen should come out on top.

Cost of grey and blue hydrogen

With cheap coal and natural gas readily available, the production cost of grey hydrogen can go as low as circa 1 USD/kg H2 for regions with low gas/coal prices like the Middle East, Russia and North America, and still stays well below 2 USD/kg H2 for other regions, like Europe.

Until at least 2030 the cost advantage of fossil fuels is likely to continue in most geographies, and regulation on CO2 pricing is probably needed to promote the development of green hydrogen. In fact, according to a 2020 KPMG supported study6, blue hydrogen remains the most cost effective low-carbon hydrogen technology through to 2030, becoming cost competitive with unabated gas by 2040, driven predominantly by the carbon price. Inherently, blue hydrogen cannot be cost competitive with natural gas in the absence of a carbon price, due to the efficiency loss in converting natural gas to hydrogen.

In the short-term, green hydrogen costs are being reported in the range of 2.5-6 USD/kg H2. In most cases this means green hydrogen is more expensive than both grey and blue, but at the lower end of the range it is cost-competitive with blue.

Taking a long-term view (to 2050), scale-up and innovations could help secure cost parity with hydrogen produced from fossil fuels. An indicator worth noting in that aspect is the average unit size of new electrolyzers, which has increased tenfold from 0.1 MWe in 2000–09 to 1.0 MWe in 2015–19, indicating a shift from pilot and demonstration projects in direction towards commercial-scale applications.

Cost drivers and regional variations in cost of green hydrogen

While capital expenditure is a factor for the total expenditure, fuel is by far the largest component in the cost breakdown of production of green hydrogen using a water electrolyzer, accounting for approximately 45-75% of production costs. Technology innovation and supply chain optimization can result in lower overall CAPEX, but the fuel cost (OPEX) is dictated by the availability of a low-carbon electricity source – and this is currently a limiting factor. An opportunistic and supporting aspect of the P2X business case is to distinguish between dedicated and excess green electricity from volatile renewable operations, i.e. as investments in wind and solar increase, so does the chance for offtake of low-cost electricity for green hydrogen production.

With declining costs for solar PV and wind generation, building electrolyzers alongside renewable energy sources may become a low-cost supply option for hydrogen, even after taking into account the transmission and distribution costs of transporting it from remote locations to the end users. Patagonia, New Zealand, Northern Africa, the Middle East, Mongolia, Australia and parts of China and the USA are locations with good potential for following this model (subject of Viewpoint #2). Finally, the role of grey and blue hydrogen should not be disregarded. The production pathway supporting these products can serve a vital role – namely to establish a well-functioning global supply chain that can gradually allow for the emergence of a sustainable hydrogen society, once green hydrogen becomes the predominant approach to production.

0
1   0
previous Faurecia wants to be industry's hydrogen leader
next A series of viewpoints and insights exploring the role of hydrogen in transport. 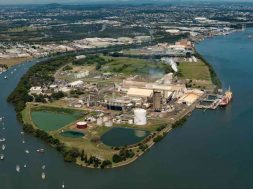