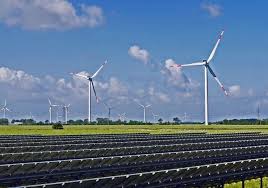 The Port Augusta project, located in the state of South Australia, is so far its first solar-wind hybrid plant in the world, with an investment of A$500 million. The renewable facility will combine 210 MW of wind with 107 MW of photovoltaics and generate, once in operation, enough clean energy to supply the annual demand of 180,000 Australian homes.

The construction of Port Augusta will generate 200 jobs until its start-up, scheduled for 2021. In this way, Iberdrola is also promoting a green economy in Australia that promotes economic reactivation and employment in the post-COVID world.

The project will have the participation of global, local, and Spanish suppliers and is already contributing to the revitalization of the industrial fabric.

Specifically, the Spanish Elecnor will be the company responsible for building the plant substation and the transmission line, as well as storage areas and access roads. Vestas, for its part, will manufacture and install the 50 wind turbines with a unit capacity of 4.2 MW in the wind farm; Longi will supply the roughly 250,000 solar panels for the photovoltaic plant, and Sterling & Wilson will build them.

After the incorporation of Infigen Energy, Australia has become one of the great growth platforms for Iberdrola. The group has become one of the leaders in the Australian market, operating in the country more than 800 MW of solar, wind, and storage batteries, including its own and contracted capacity, and a significant portfolio of projects: 453 MW under construction (including Port Augusta) and more than 1,000 MW in different stages of development.

Renewable energy in Australia continues to increase its market share and is set to accelerate its growth in the next ten years. According to the Australia Energy Report 2019, 21% of electricity production came from renewable sources, with a 46% growth in solar production and 19% in the wind.

In 2030, emissions from the electricity sector are expected to decrease by 23%, and the proportion of renewable energies in the generation mix to reach 48%. 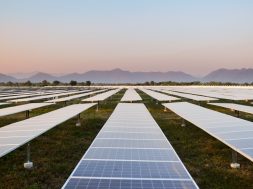