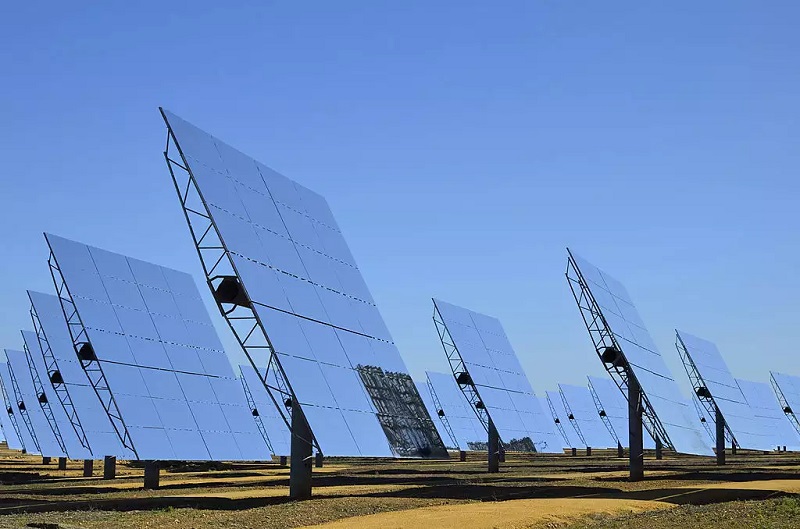 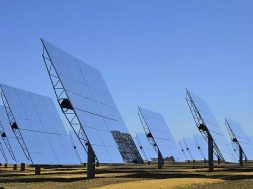 Amid the gloom of COVID-19, there is a silver lining as India has achieved new records in solar power generation

New Delhi: The novel coronavirus pandemic has brought the world to a standstill. It has created a lot of uncertainty for many businesses. The outbreak has affected the Indian solar industry, hampering manufacturing and project development. According to CRISIL, 3 GW-solar projects of ₹ 160 billion are likely to get affected due to delays. This is a matter of concern for Indian project developers. But, amid this gloom, there is a silver lining. There is a lot to discuss about how India has achieved new records in solar power generation.

As a result of the nationwide lockdown, India’s air pollution plummeted to a historic low. This led to record levels of electricity generation from existing solar plants. Studies point to a direct link between air quality and solar power generation. Dust and air pollutants—due to anthropogenic emissions—block some part of the incoming solar radiation. Such reduction in solar radiation decreases the yield of solar panels. A study by Indian Institute of Technology (IIT) Gandhinagar reveals that deposition of dust and particles on solar panels, and smog and haze in the atmosphere, account for nearly 17% drop in solar energy production in India. This causes massive revenue losses for investors.

Figure 1: Solar energy generation trends before and during the lockdown

As seen in Figure 1, there is a sudden increase and shift in solar generation from 26 March. We can observe major spikes in generation a couple of times. With generation increasing by 23% from 26 to 28 March, the first spike can be seen on 28 March. Similarly, with generation increasing by 18% from 31 March to 2 April, the second spike can be witnessed on 2 April. The peak generation (178 MU, 2 April) has been 13% higher in lockdown compared to the peak generation (158 MU, 18 March) in pre-lockdown. The impact is seen to be significant in the northern region, followed by the western region. In the southern region, the difference in generation is negligible between pre-and lockdown periods. This is because the region generally receives less amount of sunlight in April compared to March.

The overall growth in generation due to the lockdown can be understood by comparing the generation in April with March, as depicted in Figure 2. We can also make the same comparison for the last two years to realise the usual difference in generation between March and April.

The improved solar generation during the lockdown has provided a glimmer of hope. Therefore, to control pollution, the Union Government should prioritise policies to reduce fossil fuel-based consumption. It’s time to promote electric vehicle (EV) and solar technologies on a large scale by targeting various sectors.

India has already set a goal to cater to 30% of its transportation needs through electric vehicles (EVs) by 2030. The government also plans to deploy 2,636 charging stations in 62 cities by 2030. To support the transition to EVs, we will require more charging stations. This gap can be bridged by encouraging building owners to adopt rooftop solar. Residential, commercial, industrial and institutional buildings can contribute in rooftop solar adoption. Rooftop solar generation will serve the dual purposes of charging EVs as well as fulfilling self-consumption requirements. Collectively, this will not only promote the use of fossil fuel-free vehicles, but also increase distributed solar generation from rooftops. For this, the government needs to plan supportive and strategic policies incorporating financial incentives and business models.

Additionally, the government needs to consider decommissioning aging coal-based power plants. In a laudatory move, the Delhi Government has decided to shut down three-decade-old Rajghat thermal power plant and replace it with 5 MW solar power plant to combat air pollution. Such energy shifts will increase solar energy penetration into the energy mix. It will also nullify land acquisition costs to set up solar projects. Already many countries, including United States and United Kingdom are switching from coal-fired electricity to cheap green energy in an effort to reduce air pollution.

Implementing such long-term eco-friendly measures will not just help heal the environment, but harness maximum solar energy, while re-energising the solar production business.

[The author works at CSTEP, a research-based think tank]