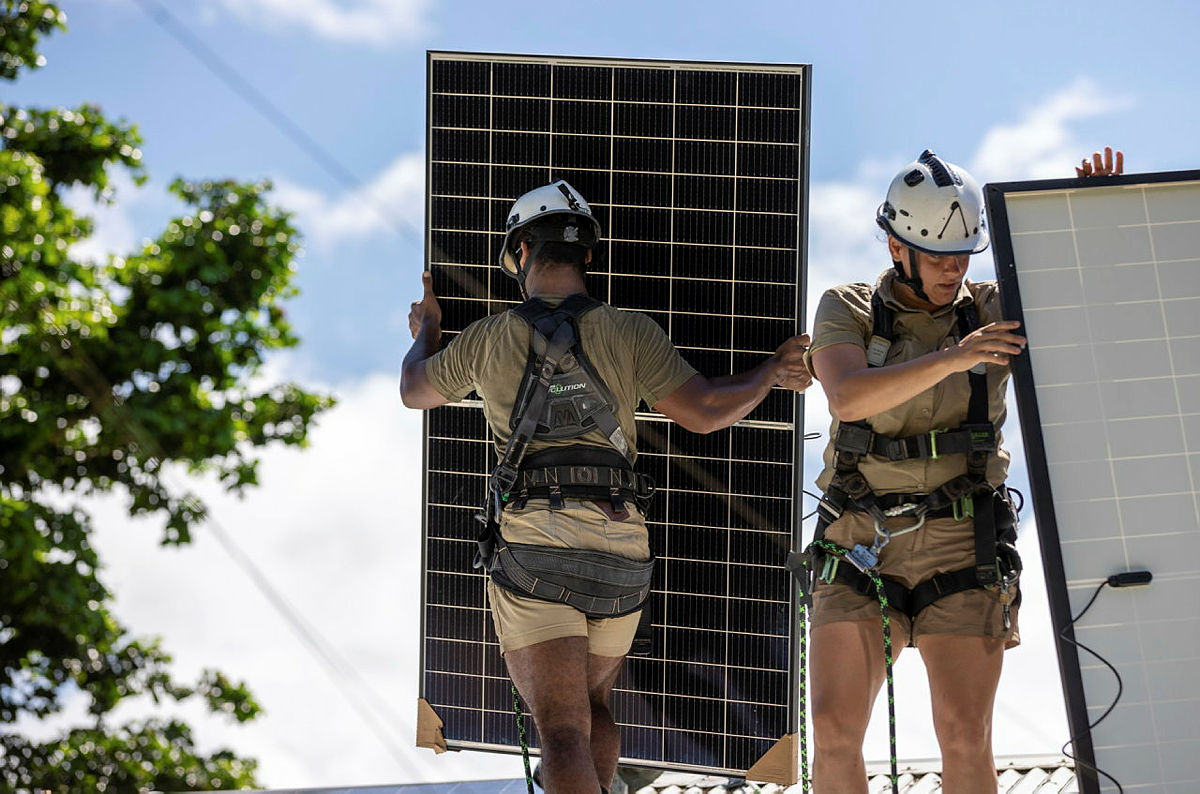 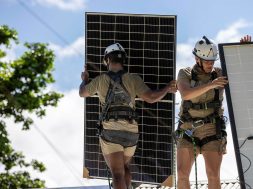 Disruptive innovation almost always takes the incumbent by surprise. Successful organisations are very often good at sustaining innovation (that is, incrementally improving their business model), but they’re generally unwilling to foster disruptive innovation, and are often structurally or culturally unable to.

But those disruptive innovations can blow their business model away—and by the time they realise what’s happening, it’s too late to adjust.

We can see a striking case of disruptive innovation in action around us, and it’s a case that has key lessons for the Department of Defence. Australia’s energy sector is deep into a fundamental transition.

It wasn’t long ago that renewables were dismissed as being unable to generate ‘baseload’ power. They now regularly generate over 40% of Australia’s electricity, and sometimes more than half.

Rooftop solar was mocked as virtue signalling; it now regularly hits 25% of our generation. And in the space of two years, utility-scale solar has gone from virtually nothing to nearly 10% at times.

The electricity sector has reached a tipping point in Australia. Not one where all or even most of our electricity is consistently being generated by renewables (although they totalled more than 27% in 2020), but rather a tipping point in that nobody wants to invest their own money in fossil-fuel generation, certainly not in developing new generating capacity.

Almost every day we see another story about a traditional generating company admitting that it didn’t see this coming and that it’s now having to write down or close generating assets.

Companies aren’t doing this out of a woke sense of obligation to stop climate change, but because they can’t make money running them. Renewables are cheaper to install and run and they massively outperform coal-fired generators in responding to the energy spot market. They are also much faster to build, resulting in a faster return on investment.

A key reason we have got to this point is that our somewhat privatised and deregulated electricity sector has so many players. There are the federal and state governments; generators, both publicly and privately owned; energy distributors and retailers; international players, providing technology, investing in the sector and sending demand signals about the future of requirements for green energy; and Aussie mums and dads installing solar panels and batteries, making themselves both consumers and generators, and an increasingly key part of a resilient grid.

Many of them are in direct competition and all of them, except governments, are playing with their own money.Electricity generators are not the only incumbents who can be taken by surprise.

Military organisations can be good at sustaining innovation, but not necessarily at disruptive innovation. That’s a key vulnerability for them. A major reason for that is that there simply isn’t the same number of competing players in the defence sector. Rather, it’s characterised by its monopoly–monopsony nature.

That is, Defence is a monopoly provider of security services to the government and is a monopsony consumer of security products from industry. Governments have some options for providers, such as private security companies, but mums and dads can’t simply install a grenade launcher on their roof to take care of their security needs.

In peacetime, military organisations are protected monopolies. In such an environment there isn’t the same constant pressure to innovate. The acid test of whether a military organisation has innovated adequately, technologically or conceptually, comes on the first day of war, and it doesn’t want to find that its business model has been rendered uncompetitive.

In the absence of the daily existential grind of competition that marks the commercial sector, military organisations need to work hard to drive innovation.

One way to do this is to look at external analogies for lessons and inspiration. There are a lot of lessons Defence can draw from the transition in our electricity sector. Since I’ve been very interested in robotic and autonomous systems recently, I’ll propose a couple that are relevant to that area.

New forms of power generation were loudly dismissed. They were criticised as being economically uncompetitive, despite their proponents’ arguments that this was a transitory problem.

That’s a standard feature of the approach taken by incumbents that are blind-sided by disruptive innovation—why take resources out of your core business to put into new, unproven ideas that aren’t making any money? But renewables are now cheaper and become cheaper by the day.

The lesson for autonomous systems is that we need to be investing heavily in them now, even if they are less efficient or effective than crewed systems. It may well take more people to operate autonomous systems right now. But we will reach a tipping point.

It’s also important to be aware of the conscious or unconscious biases we bring to the issue. The electricity transition in this country has been overlaid by the rhetoric of our culture wars, blinding many to what was actually going on.

The Australian Defence Force’s views that ‘people are our most valuable resource’ and ‘wars ultimately are human activity’ are undoubtedly true, but they shouldn’t blind us to opportunities where machines can replace humans, even in tasks long considered the sole province of human intelligence.

Another lesson is that we need to assess innovative potential at the system level rather than regarding innovations as simply replacements for existing things.

It was easy to dismiss rooftop solar panels as poor competitors with or replacements for large-scale carbon-fired generators. A grid based on renewables could never be reliable and resilient, it was claimed.

But a grid based on renewables and large-scale batteries is proving itself to be more reliable than a traditional one. It functions differently, with much larger numbers of smaller generators.

One reason the emerging grid will be more reliable is that it is more responsive—batteries can respond instantaneously to stabilise the grid. This agility also means batteries and renewables can outcompete traditional generators in the spot market.

Again, there are clear parallels with the military. If we compare uncrewed systems with large, multi-role systems, they look like very poor replacements; no uncrewed underwater vessel can currently come close to doing what a crewed submarine can do.

But if instead of comparing platform with platform, we look at how robotic and autonomous elements can contribute to the entire warfighting system (in other words, the grid), they have much to offer.

It’s highly likely that a military employing large numbers of robotic and autonomous systems will become more effective than one based primarily on a small number of crewed platforms. The future system will look very different from the current one, just as our electricity system already looks very different from the one we had only a few years ago.