LONDON — The post-Fukushima shutdown of Japan’s nuclear reactors and subsequent demand for energy self-sufficiency due to costly fuel imports, coupled with the Japanese government’s ambitious emissions reduction targets for 2020, have stimulated growth in new renewable energy sources in the country.

Currently, renewable power accounts for approximately 15% of total electricity generation in Japan, while hydro and solar power occupy a combined 12% share, aided by attractive government subsidies for these technologies.

Although the government has been proactive in recent initiatives to identify and promote potential areas for exploration and development of geothermal power, there has not been any significant development of the technology in the country in the last decade.

In fact, a new whitepaper by Frost & Sullivan underlines that geothermal power contributes a meagre 0.3% to total electricity generation, despite the country possessing the third largest geothermal resource in the world, representing a power generation potential of 23 GW.

While development of the technology at medium and high temperatures is characterised by stagnation, increased investment and technological innovation targeting low-temperature geothermal power (<120°C), historically used primarily for heating purposes, are expected to significantly increase the addressable market potential for geothermal power.

“These drivers, combined with improved cooperation at the community level, is expected to set up low-temperature geothermal power as a potential game-changer in the exploitation of the country’s geothermal potential, and marks a contributory step towards the establishment of a stable, low-emission power industry in Japan,” he added.

Japan’s domestic energy crisis is opening up interesting opportunities for foreign companies to contribute to the national geothermal portfolio. However, companies will need to compete against well-established alternative technologies, such as solar photovoltaic, to gain a foothold in the market.

Utham Ganesh, Research Analyst at Frost & Sullivan, points out that “building strong local and community relations represents a key success criterion for project development, due to the strong cultural values attached to hot springs in the country and the resistance shown for fear of environmental impact.”

Frost & Sullivan, the Growth Partnership Company, works in collaboration with clients to leverage visionary innovation that addresses the global challenges and related growth opportunities that will make or break today’s market participants. For more than 50 years, we have been developing growth strategies for the global 1000, emerging businesses, the public sector and the investment community. Contact us: Start the discussion

14
previous Commentary: Bringing electricity to all corners of Southeast Asia
next S.Korea to increase solar power generation by five times by 2030 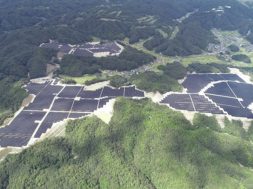 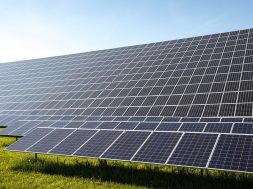