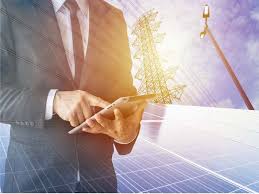 This is according to data and software architects for bankable solar investments, Solargis, which has confirmed that almost 300 solar projects in Japan have now been financed, developed or optimized using its datasets.

As the cost of solar PV generation continues to fall and Japan looks to diversify its energy mix, the Japanese solar market is set for strong growth in the coming years.

To maintain market momentum and sustain the appetite of investors, it is essential that both domestic and international solar firms are able to build profitable solar portfolios.

Solargis has highlighted that, for Japanese projects supported by the current Feed-in Tariff (FiT) scheme, a 1% increase in Global Horizontal Irradiance (GHI) could translate into a revenue increase of 240,000-600,000 JPY/MW per year.

This underlines the significance of accurate yield estimates during project financing and development, alongside the need to refine and optimise projects during their lifetime based on reliable forecasts.

Accurate solar data is soon set to become even more vital in Japan, since new projects are now being developed under a reverse-auction scheme, instead of the Feed-in-Tariff (FiT).

However, access to this high-quality data has often proven an obstacle for solar firms developing and operating projects in Japan. Developers in Japan seeking to accurately assess resource risks must overcome challenges such as the country’s highly variable topography, which necessitates sophisticated modelling approaches.

Publicly available datasets, such as those supplied by NEDO, are based on older methodologies, do not take the last decade of data into account and may not produce accurate results.

Indeed, relying on these older datasets means solar asset owners in Japan may be underestimating potential production of their sites short throughout all stages of the project lifecycle, negatively impacting the value of their portfolios. Further investment in data is needed to minimise resource risks, ensure that assets are not undervalued and perform to expectations.

Marcel Suri, managing director, Solargis, said: “As Japan looks to recover from current economic volatility, the solar market has an opportunity to rethink development and operational approaches. This has placed increased emphasis on high-efficiency projects, rewarding asset owners who make use of the latest advances in meteorological data and monitoring to gain a competitive edge.

Solargis argues that the most reliable solar datasets provide half the uncertainty of the industry average of 10%, and are backed by multiple validation studies.

Data with the highest possible resolution should be used, and the benchmark is 250m spatial resolution and sub-hourly temporal resolution. This is necessary to unlock extra value through deep analysis of project sites, and has helped to drive growing demand for Solargis’ data from solar asset owners and developers in Japan.