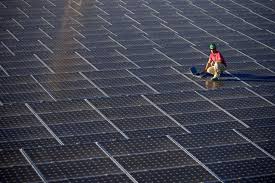 Investor sentiment in renewable energy sector could be hurt if issues persist: CRISIL 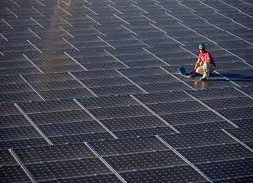 Investor sentiment in renewable energy sector could be hurt if issues persist: CRISIL

New Delhi: Any prolonged delay in resolution of the issues being faced by leading renewable energy companies in India can hurt the credit outlook of the sector and moderate investor sentiment, rating agency CRISIL said in a statement today.

Large green energy producers are currently managing the stress arising from payment delays by distribution companies in Andhra Pradesh and Telangana because of their diversified operations and financial flexibility.

The agency analysed 10 leading companies which have won around half of the projects awarded in the past two years and account for 32 per cent of the installed renewable capacity in India.

Distribution companies of Andhra Pradesh have been delaying payments for contracted renewable energy assets for around a year which was further compounded by the new government’s decision to set up a committee to review and bring down the purchase cost of wind and solar energy.

Recently, discoms also petitioned their state electricity regulatory commission to reduce tariffs for all renewable projects where agreements were entered between 2012 and 2017. The SERC is looking into the issues and is likely to make a fresh assessment of the situation before passing final order.

The increasing contribution of stronger counterparty like Solar Energy Corporation of India in operational portfolios could further improve risk diversification for these renewables companies. Leading players with relatively higher exposure to AP demonstrated superior financial flexibilities reflected in timely refinancing of debt in the wake of building delays, attracting equity capital and prioritizing cash for debt servicing above capex.

These companies refinanced or extended maturities of debt repayments for impacted projects and attracted equity flows of over Rs 5,500 crore during the first half of current fiscal which is more than the quantum raised in the last two financial years.