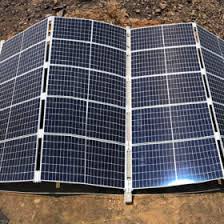 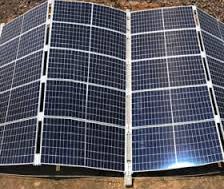 The Schools Virtual Power Plant pilot project, part of the WA Government’s $66.3 million investment in solar and batteries in its WA Recovery Plan from the impacts of Covid-19, will see ten schools transformed into VPPs. The two year trial is expected to bring reduced electricity bills to schools, improved grid stability, and increased solar uptake in the local community.

Kalgoorlie in Western Australia’s (WA) Goldfields-Esperance region has good reason to feel quietly confident about its new energy future. In May, Kalgoorlie-Boulder was the recipient of the region’s first community battery as part of WA’s Distributed Energy Resources (DER) roadmap. Today, the WA Government confirmed Kalgoorlie-Boulder Community High School (KBCHS) as the first school in the Schools Virtual Power Plant (VPP) pilot project, an innovative solar project as part of the state’s Recovery Plan from the impacts of Covid-19.

KBCHS will see solar panels and an energy storage system installed by Synergy over the next few months, the first instalment of a $4 million investment toward the transformation of ten schools into smart VPPS.

The trial is to run for two years with the expectation that the system, which will enable the storage of excess solar energy for later use and DER assistance to the grid, will also help the schools to save money on electricity and teach students about their energy future.

No doubt Kalgoorlie’s relatively new community battery contributed to the schools’ selection, as the grid stability provided by the community battery is an important controlled variable for the trial. Moreover, with each new battery acting as a stanchion top the grid, more locals can join in the rooftop solar revolution.

Last month, a collective of over 6,000 Aussie parents from every state and territory, Australian Parents for Climate Action (AP4CA), proposed the Solar our Schools (SOS) initiative alongside an open letter to Prime Minister Scott Morrison calling for full funding for solar. and batteries across all public and non-profit schools, kindergartens, childcare centres, and even means-tested grants for private schools.

“Installing solar and batteries will slash energy bills,” continued Brown, “so schools and early childhood centres will have more money for better learning resources and facilities.”

The large-scale task of installing said solar panels and batteries would create 6,870 jobs in the renewable energy industry, and save 395,000 tonnes of greenhouse gas emissions each year. Of course, with such a large-scale rollout of energy storage systems, they can all be connected into a VPP. Some may remember Labor’s pledge in the 2019 election to connect 4,000 schools into VPPs through a $1 billion solar program financed through the Clean Energy Finance Corporation (CEFC). VPPs enable networks of energy storage devices to deliver energy back into the grid – helping to drive down electricity bills for households and businesses.

“Schools struggle with the administrative burden of applying for grants and fundraising enough funds for solar,” said Brown finally, “we’re calling on the federal government to remove these burdens and make solar and batteries possible for all schools and centres.”