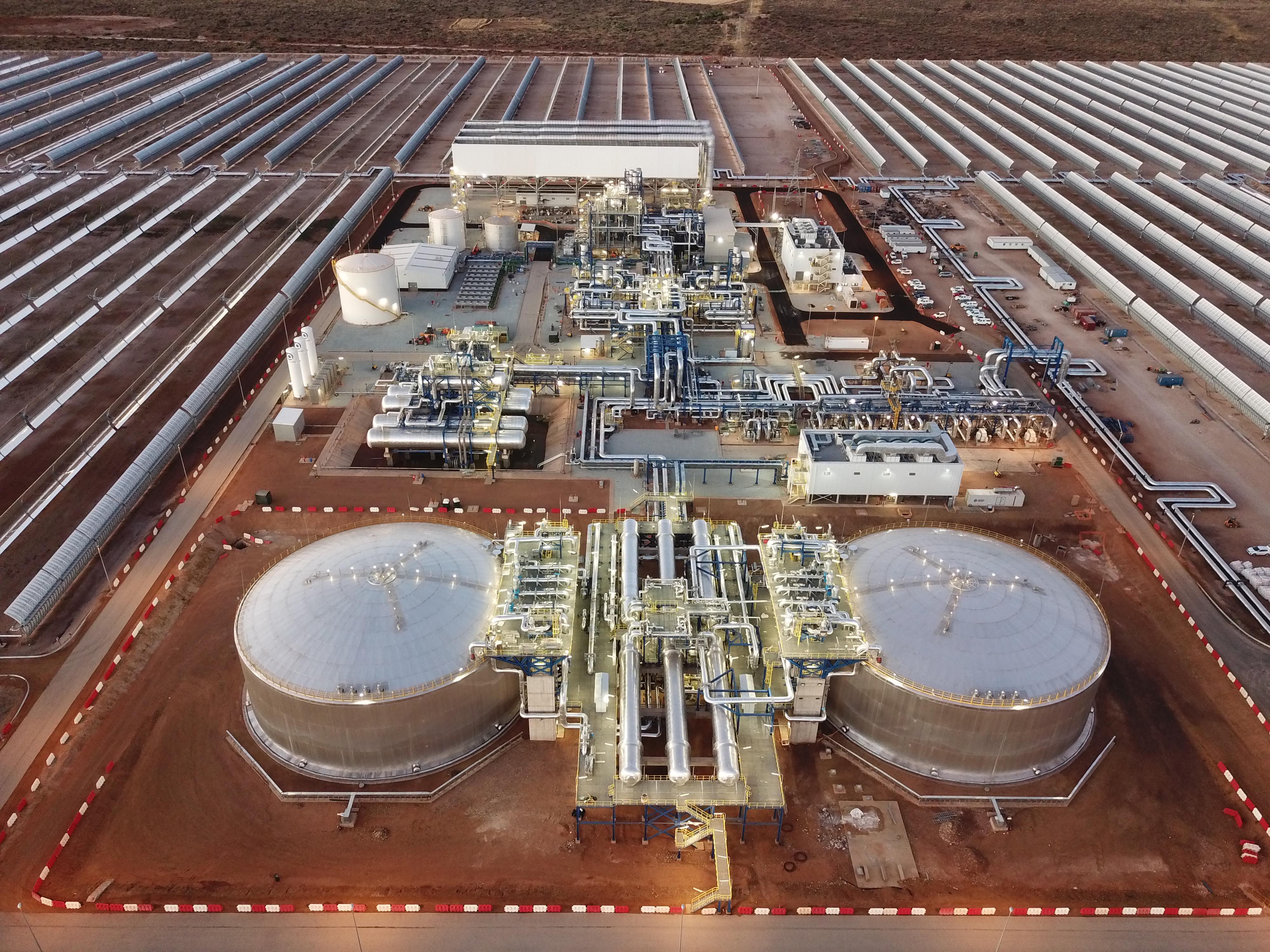 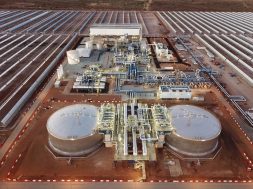 The 100 MW power plant based on parabolic trough technology will supply 179,000 homes. Johannesburg- 7 February 2019- The Kathu Solar Park (South Africa) constructed by SENER and ACCIONA Industrial came into commercial operation on 30 January 2019. With an installed capacity of 100 MW, it will allow clean energy to be supplied to 179,000 homes in the Northern Cape Province and prevent the emission of six million tonnes of CO2 into the atmosphere over the next 20 years.

The plant incorporates SENERtrough®-2 parabolic trough collectors and a molten salt storage system that enables heat from the solar park to be stored and electricity to be generated in the absence of solar radiation. This molten salt storage system, which provides up to 5 hours of power generation, extends the operational capacity of the plant after sundown and on cloudy days.

Siyabonga Mbanjwa, Regional Managing Director of SENER Southern Africa stated: “With the completion of Kathu Solar Park, we show our firm commitment to the development of a renewable energy industry in South Africa. Concentrated Solar Power, as a viable alternative to traditional baseload sources of energy, has a demonstrated alignment with South Africa’s national agenda of achieving inclusive growth that includes job-creating, manufacturing, construction and rural development. Reaching commercial operation at Kathu means that the energy supply to the local community is secure and demand is well managed while contributing to mitigate the effects of climate change”.

Roberto Felipe, Director of Operations and Production at ACCIONA Industrial, stated: “At ACCIONA we are committed to renewable energies, and in particular to CSP energy. The execution of the Kathu Solar Park plant has been a success for performance objectives thanks to the excellent team involved in the project, and also for the impact it has had on the economy and population in the Province of the Northern Cape in South Africa. This has been made possible thanks to the excellent relationship with local administrations and businesses, and with Kathu Solar Park, our client. In addition, this plant becomes our second project in the region along with the Bokpoort solar thermal plant, which consolidates us in the renewable energy market in the country”.

The project is part of the South African Government’s Integrated Resource Programme (IRP) 2010. This plan aims to increase the country’s power generation capacity to 86.8 GW by 2030, of which 24% will be renewable.

Kathu Solar Park was one of the projects awarded during bid window 3.5 of the Renewable Energy Independent Power Producer Procurement Programme (REIPPPP) by the South African Department of Energy (DoE).

The joint venture between SENER and ACCIONA Industrial was appointed by the shareholders, which is led by ENGIE, including a group of South African investors comprising SIOC Community Development Trust, Investec Bank, Lereko Metier Sustainable Capital Fund, its co-investors FMO, the Dutch development bank and DEG, the German investment and development company and the Public Investment Corporation to provide the engineering, procurement and construction services on the project.

Construction began in May 2016 and has created 1,700 jobs in peak June 2018. The Kathu solar thermal power project has also contributed to the economic development of the region by contracting local suppliers and through the KSP Social Economic Development programme and the Kelebogile Foundation, thereby significantly boosting community development in the John Taolo Gaetsewe District Municipality. 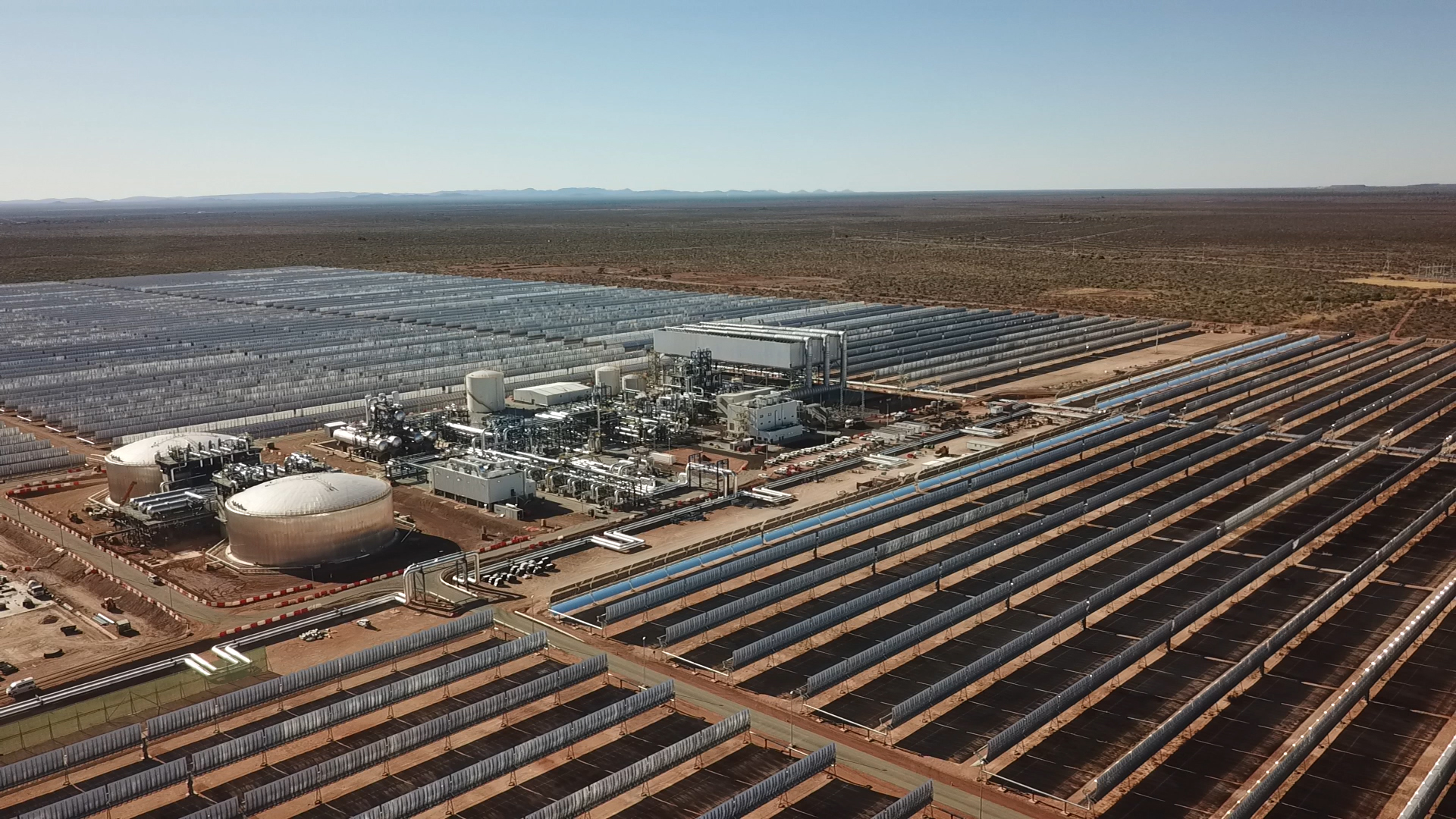 This is the second solar thermal power project jointly developed by the two companies in South Africa. The first was the 50 MW Bokpoort plant (Upington), officially opened in late 2016, for which they were also part of the construction consortium.

SENER leads the global solar thermal-electric power market, both in terms of the number of projects in its portfolio and its own technological solutions. SENER has participated in 29 plants in total, most of them turnkey projects, in Spain, the United States, South Africa (Bokpoort, Kathu and Ilanga-1 solar thermal power plants) and Morocco (Noor I and Noor II parabolic trough solar thermal power plants and Noor III central tower power plant), representing over 2,000 MW of installed capacity and a saving in excess of one million tonnes per year of CO2.

SENER is a private engineering and technology business group founded in 1956. Its aim is to offer its clients the most advanced technological solutions and to achieve international recognition based on its independence and commitment to innovation and quality. SENER has more than 2,500 professionals across its centres in Algeria, Argentina, Brazil, South Korea, Canada, Colombia, Chile, China, the United Arab Emirates, Spain, the United States, Morocco, Mexico, Poland, Portugal, the United Kingdom and South Africa. The group’s operating revenue exceeded 766 million Euros (2017 data).

SENER is a technology leader worldwide in the CSP sector, both in terms of technology and number of plants in progress. SENER has been working in South Africa since 2013, and has taken part in three turnkey construction consortium for the Bokpoort, Kathu and Ilanga-1 solar thermal power plants.

ACCIONA is a leading group for sustainable infrastructure solutions and renewable energy projects around the world. It spans the entire value chain from design and construction through to operation and maintenance. With a presence in more than 40 countries and sales of €7.254 billion in 2017, the company is committed to contributing to the economic and social development of the communities in which it operates. ACCIONA seeks to lead the transition towards a low carbon economy, delivering quality and using innovative processes to optimise resource use and protect the environment in all of its projects. www.acciona.com