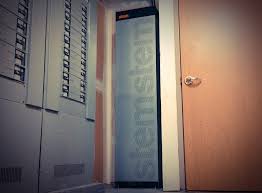 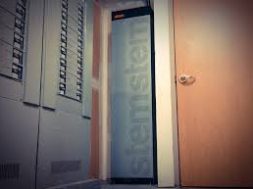 Policy in the Commonwealth of Massachusetts favouring the use of clean energy during peak times has brought behind-the-meter energy storage company Stem Inc into the state’s utility-scale solar-plus-storage market.

The commercial and industrial (C&I) system provider has partnered with private equity firm Syncarpha Capital Partnership to develop 28.2MWh of large-scale energy storage projects, co-located with solar PV in the US state.

Stem, which touts AI-driven software platforms aggregating commercial and industrial (C&I) energy storage systems into virtual power plants among its strengths, had met with Energy-Storage.news last September to discuss its wider launch into the solar-plus-storage space. At the time, that had been mostly limited to the Arizona market with earlier projects built in Hawaii, with the announcement this week its first real foray into the front-of-meter.

Thus far, the company is known for delivering energy cost savings to C&I customers by reducing their amount of energy drawn from the grid at peak times, while also using the capabilities of those systems in interconnected networks. The company was profiled in a piece co-written by Energy-Storage.news’ Andy Colthorpe and IHS Markit analyst Julian Jansen for PV Tech Power along with the likes of Green Charge Networks (now Engie Storage) and AMS.

The 28.2MWh of storage systems will be deployed across five distribution grid-connected sites totalling 26MW of solar PV that Syncarpha Capital is developing and will own once complete. They will comply with both federal tax credit and state SMART (Solar Massachusetts Renewable Target) criteria for eligibility and will participate in New England ISO wholesale markets, all using Stem’s AI software platform, Athena. The partners also expect other revenue opportunities, retail and wholesale, to open up for other services via regulators that the systems could tap into.

Massachusetts policy has opened up to energy storage since introducing 200MW and then 1GW deployment targets by 2025 and standards for using renewable and low carbon energy during peak times. Albeit the standards have been set at a low benchmark to begin with, which dismayed some, it the ‘clean peak’ has nonetheless been described as a ‘historic’ policy standard. In June, Energy-Storage.news reported that NEC had switched on a 3MW / 5MWh system which stores energy to be outputted at times of peak network demand in the local area for utility Ashburnham Municipal Light Plant (AMLP).