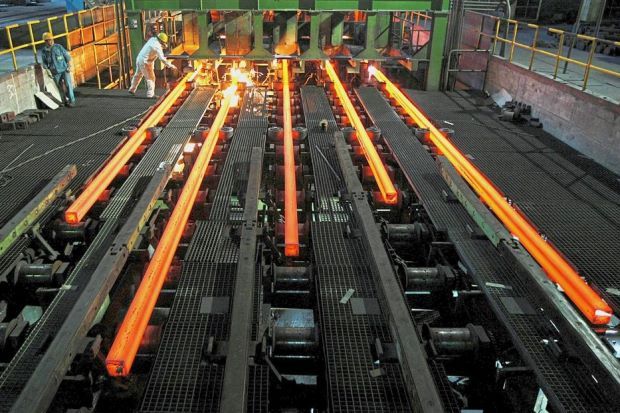 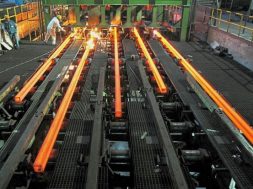 The steel industry is expected to see a rise of 17.3% in annual electricity cost to RM1bil if the new tariff surcharge as announced by the government recently was implemented in March next year.

Voicing its concern over the impending upward adjustment of electricity tariff surcharge, the Malaysian Iron and Steel Industry Federation (Misif) in a statement yesterday urged authorities to stop the continuous increase in electricity prices to help safeguard the industry against the risks of rising business costs, especially in the current period of economic and global uncertainties.

“In just a short span of four years since 2014, the average “on and off peak” electricity rate and maximum demand price have gone up by about 18% and 12%, respectively,” said the association that represents 139 iron and steel manufacturing companies in Malaysia.

“Thus, if the March 2019 rates are levied as announced, the overall annual electricity cost of RM855mil borne by the steel industry (JanuaryJune 2018 rate basis) will escalate to RM1bil, up by 17.3% or RM148mil in additional cost,” it added.

Being an energy-intensive industry, electricity was an essential utility besides natural gas and represented the second-highest production cost component after the raw material for the iron and steel industry, Misif said.

Tenaga Nasional Bhd (TNB) on Dec 14 announced that businesses would have to pay additional surcharge of 2.55 sen per kiloWatt hour (kWh) from March 1 till June 30 next year due to higher fuel and generation costs.

This follows the government’s approval for the national utility company to continue implementing the Imbalance Cost Pass-Through (ICPT) mechanism for another six months, from January to June next year.

The ICPT is a mechanism that allows TNB to incorporate changes in fuel and generation costs in consumer’s electricity tariff every six months. The current surcharge is 1.35 sen per kWh.

The ICPT surcharge for household users would remain unchanged.

The iron and steel industry is the biggest electricity user in Malaysia, accounting for about 15% of total consumption in the industrial sector.

Misif said the “perpetual increase” in electricity tariff imposed for the iron and steel industry came at a time when steel prices have dropped tremendously, both domestically and internationally.

“Producers are striving to manage these challenges while containing their costs to enable them to compete competitively with other regional producers,” it said.

Misif claimed that the industry’s plight and trepidations had hardly been taken into consideration by the Energy Commission, TNB and other relevant ministries such as the International Trade and Industry Ministry and the Energy, Science, Technology, Environment and Climate Change Ministry despite numerous engagements with these agencies.

“The iron and steel industry encountered the worst onslaught of cheap imports for the last five years,” Misif said.

“Just barely recovering from the doldrums for the last two years, the international steel price took another plunge recently while the iron and steel business community are battling with slowdown business environment aggravated by the sentiments of the US-China trade war, as well as intensifying competition from other regional producers and dominant foreign players at home,” it explained.

Misif noted the industry would have difficulties in passing the full exorbitant increase in costs to end-users as users might opt towards import to maintain their competitiveness.

“While major steel mills’ main concern is more of survival, with margins subjected to the vagaries of internationally trade commodities, TNB’s earnings, on the other hand, are more stable and resilient, and margins which should have been susceptible to fluctuating fuel prices seemed to be protected through the cost pass-through to end users,” Misif said.

“To-date, TNB has been making steady cumulative profits of RM37.66bil since 2014, while major steel mills are striving as continuing concern in quest of recovery,” it added.

Urging the stop in the continuous rise in electricity prices, Misif called for the abolishment of what it claimed to be an “opaque and bias” system that seemed to favour utility companies, whose margins were protected irrespective of changes in material inputs by passing onto the industries.

“Any effort to defer or mitigate the hikes in electricity tariff, including disallowing any future increase in natural gas, will help safeguard the business against the risks and vulnerabilities of rising business costs, more so during this period of economic and global uncertainties,” it said, adding that this was critical in maintaining the industry’s competitiveness and sustainability.

Meanwhile, analysts concur that the operating environment would remain challenging for the steel sector in Malaysia.

AmBank Research, for one, pointed out that locally, the cutback in public infrastructure spending, coupled with the sustained weakness in the property sector, would have a direct knock-on effect on the demand and hence prices for steel.

“We do not see a lift from China (the world’s largest producer and consumer of steel) as a production cut will be matched by corresponding decline in consumption in China,” the brokerage said in its recent report.

AmBank Research projected steel bar prices to average at RM2,380 per tonne in 2019, which was comparable to an average of RM2,400 per tonne estimated for 2018.

“Industry experts forecast steel production in China to ease by 2.8% in 2019 and 2.2% in 2020, stemming from the removal of highly-polluting and inefficient obsolete capacity from the system.

However, this is not expected to push up the steel price as China’s steel consumption is projected to correspondingly fall by 2% in 2019 and 2.3% in 2020 on the back of a slowdown in its GDP (gross domestic product) growth,” it explained.

Similarly, TA Research in its recent strategy report noted that the building materials sector, which included iron and steel, had been negatively affected by softer demand and wary sentiment in the construction and property sectors after the 14th General Election that saw Pakatan Harapan come into power due to project delays and cancellations.

“As the lingering effect may persist into 2019, we expect the domestic steel bar price to continue facing downward pressure. On the other hand, the margin squeeze faced by local cold-rolled steel players may remain, resulting from higher cost of production and price competition,” the brokerage said.