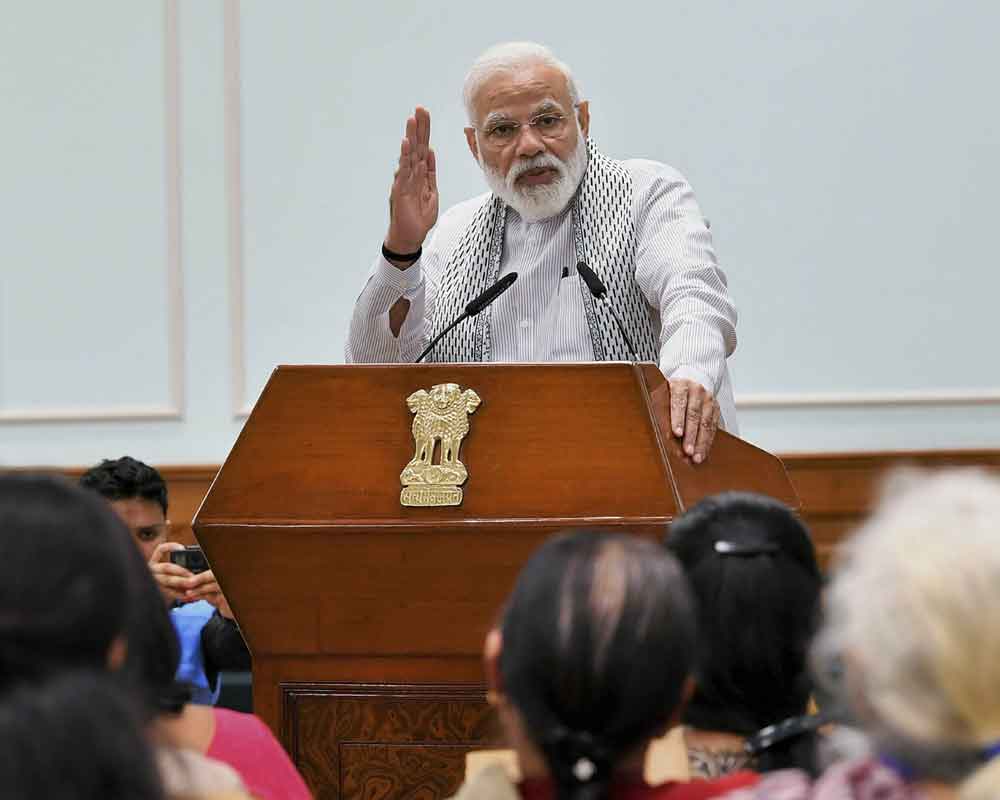 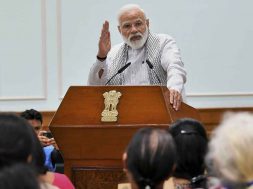 NOIDA: Prime Minister Narendra Modi Saturday laid foundation stones for two thermal power plants, one in Uttar Pradesh and the other in Bihar while slamming previous governments for ignoring the power sector.

The Prime Minister, who was in western UP for a straight second day, also inaugurated Pandit Deendayal Upadhyaya Archaeology Institute in Greater Noida and flagged off a new section of the Delhi Metro, connecting Noida City Centre and Noida Electronic City.

The two thermal power plants, in Khurja in UP’s Bulandshahar and at Buxar in Bihar, will have a power generating capacity of 1,320 MW each, Modi said, noting that modern power infrastructure was essential for industries and business.

Modi also took on Congress, saying its ‘chalta hai’ attitude had crippled the power sector, while his government was working across sectors keeping in mind the need of power supply in 21st century.

Previous governments had not accorded priority to the power sector. On Friday, in Kanpur, I witnessed how the power sector and energy requirement was ignored when work started on the expansion of Panki power plant on Friday.

“You would be amazed to know that 40-50-year-old machines were being used there. The machines were gasping, their condition was similar to the Congress. The result was that that the power being produced there was costing Rs 10 per unit,” he said.

Today when we talk about producing power through solar energy at Rs 2 per unit, think who was benefitting by producing electricity at Rs 10 per unit. But chal raha tha… This attitude of previous governments had crippled country’s power sector,he said.

He said since 1950 till 2014, in nearly 65 years, India got a power capacity of approximately 2.5 lakh MW and during his five years term the country has already achieved a capacity of more than one lakh MW.

Now you think, if those old, tired people had run the country, where would they have led us? It would have taken them decades, but the new India is moving forward with new speed.

â€œThe power sector remained ignored for years and had become a weak point, and that is why people were not getting power, Modi said.

Talking about the improving air connectivity in the region, he said the Jewar airport will usher golden opportunities for western UP while regional connectivity will begin in Bareilly also in the next few weeks.

120 routes have been started under Ude Desh ka Aam Nagrik (UDAN) scheme. Because of this scheme several tier-2 and tier-3 cities have for the first time got air connectivity, which is also giving a boost to their economy, he said.