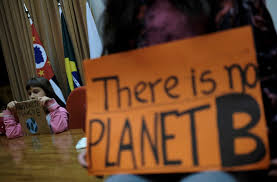 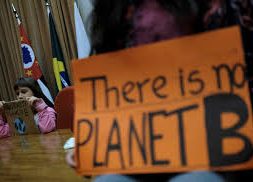 NEW YORK: With an above-average percentage of its power generated from renewable sources and one of the largest battery storage operations in the United States, utility Sempra Energy seemed to check all the boxes for portfolio manager Todd Ahlsten, who manages more than $18 billion for Parnassus Investments based on each company’s environmental, social and governance attributes.

But he sold his shares in the San Diego-based company earlier this year because of his conviction that its location in California will put it in the crosshairs of increasingly severe weather patterns, no matter how environmentally responsible it may be.

“They were doing all the right things, but the risks were too high on the physical side so we exited the position,” Ahlsten said.

Ahlsten’s decision to factor in the geographical risks of climate change is becoming increasingly familiar in the fast-growing world of so-called ESG investing, which has long focused more on avoiding companies with poor environmental track records than assessing which face the greatest risk of physical damage or business disruptions from more volatile climate.

The bankruptcy of California utility company Pacific Gas and Electric in January following devastating wildfires caused in part by climate change is prompting investors to recognize what had been one of the biggest blind spots of environmentally driven investing: the reality that even companies that pledge to combat climate change could be negatively affected by it.

As a result, ESG investors are increasingly judging companies based on what sort of physical risks they will face as global temperatures continue to rise and storms become more severe.

Firms including Parnassus, Hermes Investment Management and Eaton Vance’s Calvert Research and Management are avoiding companies ranging from retailers with large footprints in Florida to utilities in Southern California to barge shipping companies that may have to deal with more frequent Midwestern floods.

PG&E faces liabilities that it estimates at over $30 billion in the aftermath of November’s Camp Fire, which killed more than 85 people and destroyed more than 14,600 homes, making it the most destructive wildfire in California history.

VOLATILE WEATHER PATTERNS
The risks of physical damage, liabilities or business disruptions from climate change do not currently factor into ESG-ratings by index-providers, which often shape the investable universe for fund managers or exchange-traded funds.

“The industry is turning more to try to understand and embed and measure the physical risks associated with climate change, but that’s still an evolving area,” said Tony Campos, head of ESG, Americas, at FTSE Russell.

“In terms of physical risk up, until now we’ve looked at the type of companies that are the most exposed. But now with more data we’re able to get more specific, more accurate insights and therefore more useful outputs,” she said.

Over the last year, Hermes has spent more time on modeling the likely outcomes for each company it evaluates based on global temperatures rising by 2, 4, or 6 degrees Celsius, she said. Global temperatures are on course to rise between 3 and 5 degrees Celsius (5.4 to 9 degrees Fahrenheit) by the end of this century, according to a 2018 estimate by the U.N. World Meteorological Organization.

Brian Ellis, portfolio manager of the Calvert Bond fund and the Calvert Green Bond fund, said his fund is increasingly focusing on the geographical footprint of companies, ranging from retailers to hotel operators to real estate investment trusts that may be concentrated in areas that could get hit by severe storms or high temperatures.

That focus on recognizing which companies may be more likely to bear the physical brunt of climate change is relatively new, he said, and is a step up from crediting companies that had been investing in renewable energy or decreasing their carbon emissions.

“I think people are recognizing more so that you can do all that but you can still have very large impacts to your infrastructure” due to more volatile weather patterns, Ellis said.

As a result, he is increasingly demanding more enticing potential returns to compensate for the risks of physical damage from climate change, he said.