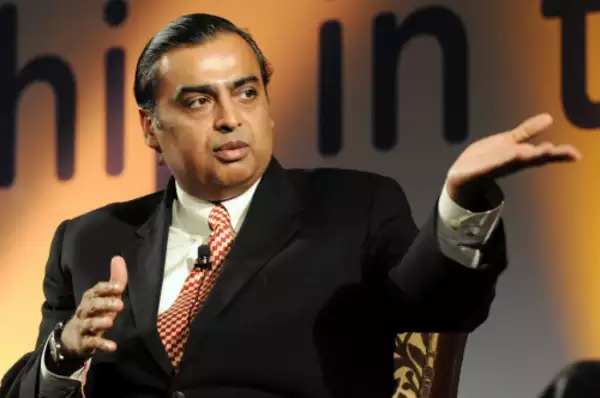 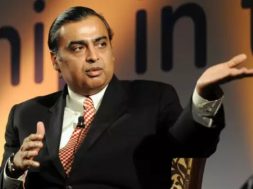 The possibility of a stake sale to Saudi Arabia’s Aramco is only one part of the story behind Reliance Industries hiving off its oil-to-chemicals business.

This is also part of a strategic shift by Ambani to renewable energy. “RIL will further accelerate its new energy and new materials business towards its vision of clean and green energy development,” the company said in its filing with the stock exchanges.

Is Ambani trying to be Elon Musk minus the electric vehicles?

Tesla makes the lion’s share of its revenue from selling electric cars but its owner Elon Musk is investing in a big way in the energy generation and storage business⁠, which includes batteries and solar panels⁠. As it seems, Ambani too may invest in similar spaces except for the electric cars.

There is a reason why two of the world’s richest men are going big in this space. “The rate of stationary (energy) storage is going to grow exponentially. For many years to come each incremental year will be about as much as all of the preceding years, which is a crazy, crazy growth rate,” Musk said in 2018. And, this segment has grown 72% in the one year ending December 2020, despite the pandemic and the ensuing crisis.

Global investment bank Morgan Stanley expects Ambani-owned Reliance, India’s biggest private sector conglomerate, to pump in $13 billion to $15 billion into this space in the next 10 years, to capture a $50 billion opportunity in renewables, batteries, and new fuels.

This is significant because fossil fuels and their by products contribute to 60% of RIL’s consolidated revenue. 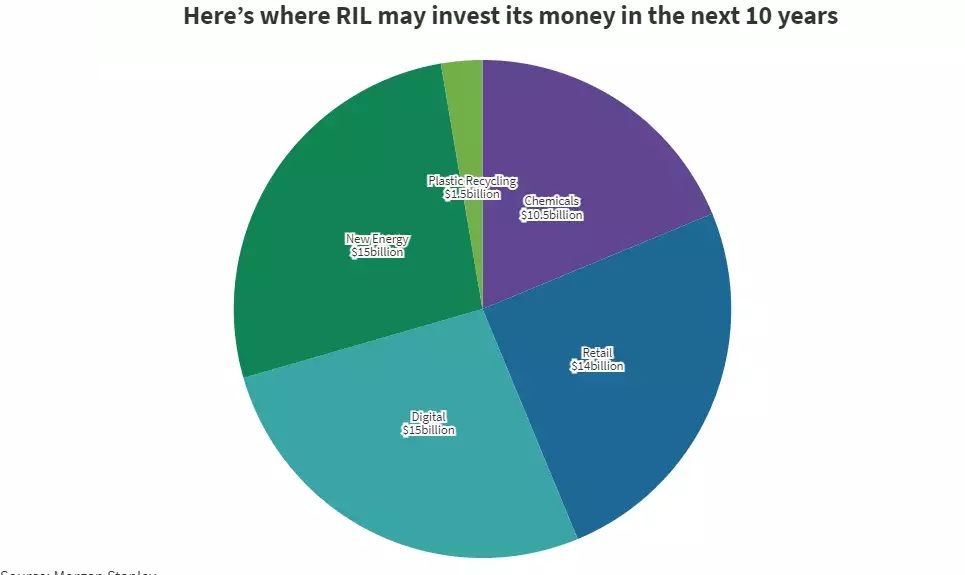 The stock of RIL opened up 2% on Tuesday. Much of the cheer was because Saudi Arabia’s Aramco, the world’s seventh largest company by revenue, was back on the table for deal talks. Aramco, owned by the Kingdom of Saudi Arabia, agreed to buy a 20% stake in RIL’s oil-to-chemicals business for $15 billion. However, the deal talks hit a speed bump due to the pandemic. 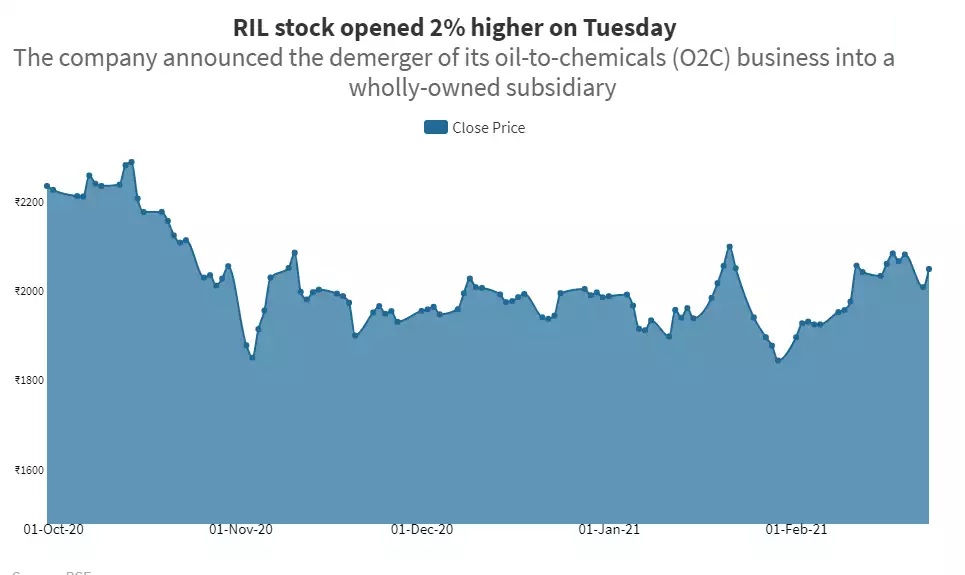 Another reason why Ambani may have pivoted to renewables is because Saudi Arabia, world’s largest crude oil producer, itself is planning to pivot to cleaner energy sources and reduce its carbon emission.The kingdom reportedly plans to attract over $20 billion investment into renewables, according to S&P Global Platts.
The scale and potential of Ambani’s plan is yet to unravel, but it is safe to assume that it will be sizeable.