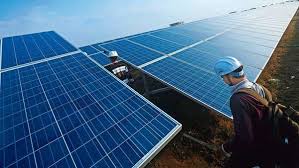 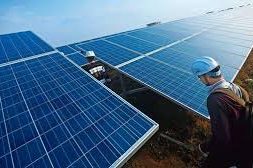 However, in the last couple of interactions that the Ministry of New and Renewable Energy (MNRE), this issue has not moved beyond the government taking cognisance of this concern, said people present at the meetings

NEW DELHI: Solar equipment manufacturers who have their units in special economic zones (SEZs) said that they might have to shut shop if the government continues its proposal which would levy a basic customs duty on the value addition done at these plants.

However, in the last couple of interactions that the Ministry of New and Renewable Energy (MNRE), this issue has not moved beyond the government taking cognisance of this concern, said people present at the meetings.

“In the absence of a level playing field, domestic manufacturers in SEZs will have to shut shop and may see job losses to the tune of 15,000 people,” said Saibaba Vutukuri, CEO of Vikram Solar. These units can provide up to 400,000 more jobs in the country moving forward as the focus shifts to domestic manufacturing, Vutukuri added.

While setting up their plants, SEZ units were allowed a one-time exemption on import duty on capital goods required to manufacture solar gear. They also enjoyed a rebate on the duty levied on electricity that was consumed for the operation of their manufacturing units which will not be affected by the basic customs duty. The electricity duty rebate works out to be Rs 17 per kilowatt peak (kWp). One solar panel with a peak power of 1kWp functioning at its maximum capacity will produce 1kWh.

To level the playing field, the government is mulling an “equalisation levy” between 1 to 2 per cent on SEZ units, in case they are exempted from the customs duty.

“While BCD is a welcome move, the government must take necessary steps to protect the investments already made by the manufacturing facilities located in SEZ, hence ‘equalization levy’ was a fair solution,” said SL Agarwal, MD, Webel Solar.

In June, power and new & renewable energy minister RK Singh told reporters that the government plans to levy 15-20 per cent duty that would rise to 40 per cent in a year’s time, to reduce the solar industry’s dependence on China. About 80 per cent of solar imports come from China.