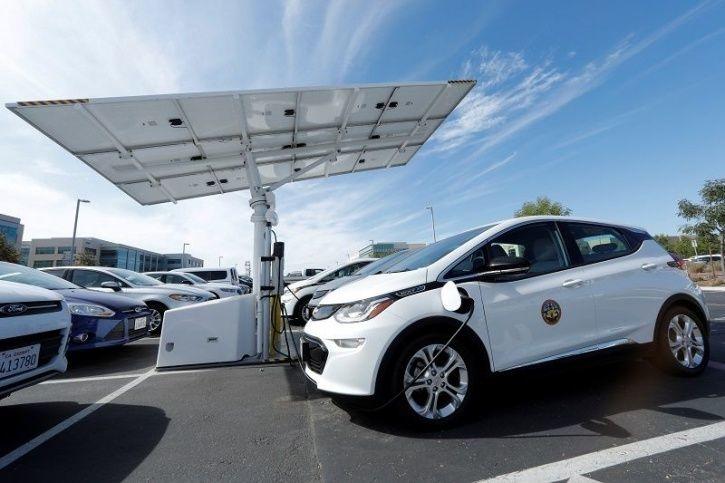 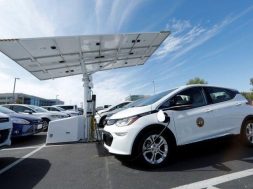 The switch to electric vehicles (EVs) from the conventional IC engines is exhibiting its benefits in more than one ways. The vehicles are more efficient due to less mechanical parts, they are silent as a rock and most importantly, carbon emissions are done away with. Eh, not really though. As soon as you plug-in that electric vehicle of yours for charging, you are drawing energy from, well, a carbon-emitting source most of the times.

While that still is much less in comparison with the level of CO2 produced by IC engines, it loses the definition of zero-carbon emissions. There is a simple solution to solve this though. That is to shift your source of energy to a renewable one.

That is exactly what the New York city is now doing. The city will be installing 50 movable, solar electric vehicle chargers across its span. The 50 new units will add to the already set up 37 such chargers. The plan is to add a 100 more of such chargers, whether solar or standard, within the next two years, as per a PV Magazine report.

The chargers will help attain the city’s goal to incorporate 2000 EVs by 2025, adding to its existing 1700. As per the studies conducted by NYC officials for the fiscal year 2018, each of the carports will be balance out half its cost through gasoline savings over its expected lifespan.

The EV ARC, as the charging panels are named, cost $61,000 (Rs 42.7 Lakh) each and can be used to charge only two to three Nissan Leafs per day. NYC estimates that the units will be able to generate 650,000 solar powered electric vehicle miles (10.4 Lakh Kms) per year.

A big plus though is the fact that these solar chargers do not need any structure and can be easily moved around the city with the help of a tow truck. As for the numbers, the lithium ion battery attached to the solar chargers can hold more than 21 kWh of electricity in their nine or twelve 60-solar cell module. 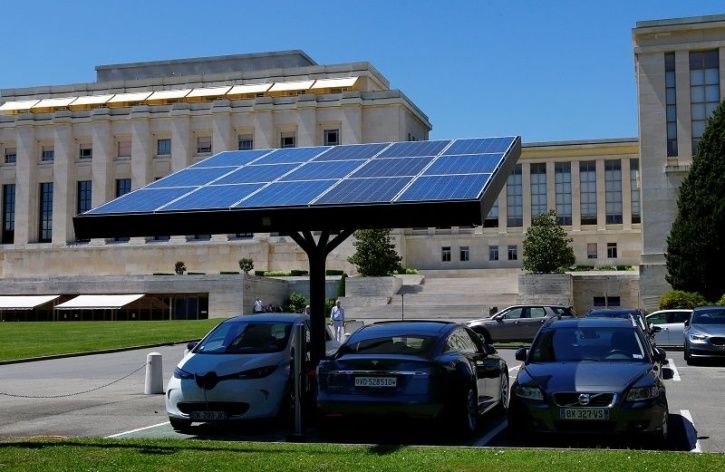 NYC is also looking at other such charging technologies to make a 180 degree shift to EVs. Those in pipeline include self-charging streets, inductive/wireless charging, 350+ kW charging, solar carports and more.

So what can India learn from this? For starters, if NYC can use solar power for charging ports, India can definitely do it at a much larger scale and for a much larger energy generation, given the abundant solar energy present throughout the country, so viability of the concept is not an issue. What can really stop the agencies here from pursuing this is the cost. In case the Indian counterparts are able to replicate the model at a lower price, such solar chargers can become a permanent source of India’s move towards EVs and hence, a cleaner mode of transport.

Currently, India relies heavily on coal to meet most of its energy requirements, which again is a carbon emitting source of energy. With the rise in EVs in the country, this energy requirement is only going to grow correspondingly. In order to not be stuck in a loop, alternate sources of energy have to be considered and at an equally rapid pace as the EVs are arriving in the Indian market.