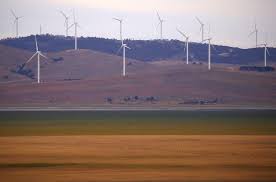 MELBOURNE/BANGALORE: Philippine conglomerate Ayala Corp has made a bid worth A$777 million ($535 million) to buy Infigen Energy, pouncing on the Australian renewables company at a time when wind and solar firms are battling falling power prices.

UAC Energy Holdings, a joint venture of Ayala’s AC Energy and Hong Kong-based UPC Renewables Group, said it would offer A$0.80 a share in cash, a 36% premium to Infigen’s previous close.

Infigen’s shares soared to a four-month high of A$0.81 after the bid was announced, reflecting investors’ view a deal could go ahead.

“We think this takeover offer allows shareholders to crystallise value now at an attractive premium to the recent share price,” Royal Bank of Canada (RBC) analyst James Nevin said in a note.

Sydney-based Infigen did not immediately respond to requests for comment.

If successful, UAC would acquire seven wind farms and a 600-megawatt pipeline of projects which Infigen recently deferred to save money amid falling wholesale power prices, COVID-19 restrictions, and challenges integrating wind and solar farms into Australia’s shaky grid.

“We have ready access to capital and significant renewable energy expertise that will position us well to support Infigen’s pipeline of projects and focus on much needed renewable energy investment and associated employment in Australia,” UAC Chairman Anton Rohner said in a statement.

UAC is developing four other renewables projects in Australia.

RBC’s Nevin said it would make sense for shareholders to accept the offer, given Infigen has put its growth ambitions on hold, which would likely cap its share price growth in the near term.

UAC has already acquired a 12.8% stake in Infigen.

It has set no minimum acceptance condition for the bid, so it would not need support from Infigen’s top shareholder, UK activist investor TCI Fund Management, which owns 26% of Infigen, according to Refinitiv data.

TCI partners in London were not immediately available to comment outside office hours.