The Porsche Macan is the company’s best selling vehicle, with nearly 90,000 units sold last year. Now, it says the Macan — a midsize version of the Cayenne — will be fully electric when the next-generation version goes into production, probably in 2022. On February 26, Porsche published a press release announcing this.

“The decision to manufacture the next generation of the Macan at the company’s Leipzig site was taken as early as the beginning of July last year. Making this investment in electromobility at the Leipzig site creates the opportunity to produce fully electric vehicles on the existing production line in future,” Porsche wrote. “The next generation of the Macan fires the starting pistol for electrification.” Porsche Macan in the paint shop.

The next-generation Macan will be built on the same Premium Platform Electric chassis developed in conjunction with Audi. Like the soon-to-arrive Taycan electric sedan and its Cross Turismo SUV variant, the battery-powered Macan will feature 800 volt charging technology that will allow adding up to 250 miles of range in as little as 15 minutes — provided you can find an 800 volt charger along the way.

Meschke says the Macan will still come with a gasoline or diesel engine in the interim. Porsche “will not be able to afford to offer a combustion engine version in addition to pure electric models in the long term,” so there will be “an overlap of two to three years” during which models with internal combustion engines will still be offered, adding that not all regions will be able to make the switch immediately. Electrive says the Tesla Model 3 has had an impact on Porsche’s electric car plans. Apparently, the latest offering from Tesla is better than expected, which has forced the engineers at Porsche to tweak the PPE platform. Those changes will push back the introduction of all vehicles based on that architecture by about 6 months. The Porsche Taycan is expected to begin production by the end of this year while the Cross Turismo variant is due sometime in 2020. (Please see our recent article about how the Model X is 22% more efficient than either the Audi e-tron or Jaguar I-PACE for more about Tesla’s prowess at building world-class electric vehicles.)

The Macan has been scheduled for a major update by 2022, so combining the refresh with the all-new powertrain makes perfect sense. By agreeing to replace its best selling model with a battery electric version, Porsche is signaling it is serious about the EV revolution. The electric Macan will not be a compliance car. It will be one of the foundations of the company’s product lineup going forward. Many other manufacturers have yet to make such a solid commitment to the future.

tags: Porsche Confirms Fully Electric Macan (Porsche’s Best Selling Vehicle) Coming In 2022
5
previous The five most highly anticipated electric vehicles to be released (and none is a Tesla)
next Hyundai is building a dedicated platform for a future EV fleet 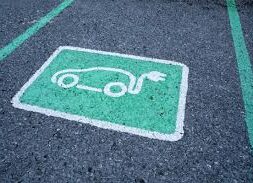 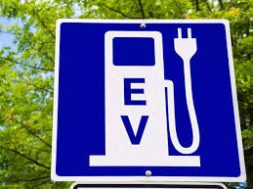