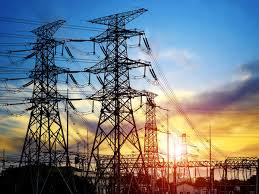 These firms’ interest in the discom business comes in the backdrop of their strategy to capture value across the electricity business chain. A case in point being sovereign funds GIC Holdings and ADIA-backed Greenko submitting non-binding offer to buy Reliance Infrastructure’ Delhi electricity distribution businesses earlier.

The others who have bought the request for proposals (RFP) document made available from 10 November for the Chandigarh discom are; Tata Power, CESC Ltd, Torrent Power, Adani Group, NTPC Ltd, GMR Group, India Power Corporation Ltd and Sterlite Power. These firms have been attracted by the robust per capita power consumption of the UT discoms.

The Chandigarh discom sale also marks the start of India’s efforts to privatize Union Territories’ electricity discoms, as part of its next generation power sector reforms.

“The ultimate value in the power sector comes from the discom leg of the value chain, which currently of course is the weakest link,” said Rajesh Ivaturi, partner, power and utilities at EY India.

“Moreover, the green energy players today are dependent on discoms for the PPAs (power purchase agreements), if they move in to the distribution sector themselves, they may not only be able to control their PPAs but also be able to increase the share of RE (renewable energy) in the overall procurement basket,” Ivaturi said.

This comes in the backdrop of state discoms are hesitating to sign contracts after large clean power projects were awarded, as they spot cheaper tariffs elsewhere. Solar and wind energy projects totaling 16.8 gigawatts (GW) worth a potential investment of around Rs60,000 crore is in limbo, as reported by Mint on 21 August.

“So, the entities (including RE players) that control the customers could end up capturing the lion’s share of the value in the power sector,” Ivaturi added.

Goldman Sachs backed ReNew Power generates 5.4 GW of energy through solar and wind assets and has another 4.6 GW under various stages of development throughout the country. Greenko is among India’s largest green energy developers with a 6.5 GW operational clean energy portfolio and is building power storage projects with total capacity of 7.2 GW across six states in India.

“Greenko will be looking very aggressively at the Chandigarh UT discom opportunity,” said one of the two people cited above requesting anonymity.

A pre bid meeting has been called on 1 December for the Chandigarh discom and the last date of bid submission is 30 December. It is expected to be awarded by 15 January.

The notice inviting tender (NIT) floated by the electricity wing of engineering department of Chandigarh is for “Selection of bidder for purchase of one hundred percent (100%) shares in distribution company responsible for distribution and retail supply of electricity and having distribution license in the union territory of Chandigarh.”

While Deloitte has been mandated to help with the sale process to privatize discoms in the three Union territories of Chandigarh, Puducherry and Andaman and Nicobar Islands; SBI Capital Markets Ltd has received the mandate for Dadar and Nagar Haveli, Daman and Diu, Jammu and Kashmir and Ladakh.

The next set of privatisation bids will be shortly called for the discoms of Andaman and Nicobar Islands, Dadar and Nagar Haveli, and Daman and Diu. Discoms of Puducherry, and Jammu and Kashmir and Ladakh are not immediately on offer due to issues such as political opposition and security respectively. With the electricity load for Lakshadweep Islands being low, it is also currently not being considered for privatization.

tags: Greenko RENEW POWER
0
previous Rs. 2 lakh crore to be invested for setting up 5000 Compressed bio-gas in the country, says Petroleum Minister at MoU signing event for setting up 900 CBG plants
next Verification and determination of captive status by the distribution/transmission licensee – a scenario of a Wolf in Sheep’s Clothing