Renewable generation to remain below 10% in Africa by 2030 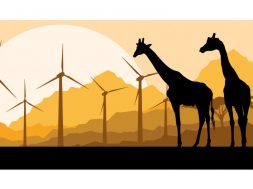 Renewable generation to remain below 10% in Africa by 2030

The amount of non-hydro renewables such as solar in Africa is likely to remain below 10% in 2030, although there are significant regional differences.

This is according to a new study from the University of Oxford, which used a state-of-the art machine-learning technique to analyse over 2,500 currently-planned power plants and their chances of being successfully commissioned around the continent. It found that while total electricity generation is likely to double over the next decade, fossil fuels will continue to dominate.

By 2030, the study – which was published in Nature Energy – suggests two thirds of electricity generated across Africa will come from fossil fuels. An additional 18% will come from hydropower, which poses its own challenges, as the number of droughts continues to increase driven by climate change.

As the continent’s electricity demand continues to increase along with industrialisation and the improved wellbeing of its people, there is an opportunity to power economic development through renewables according to Galina Alova, study lead author and researcher at the Oxford Smith School of Enterprise and the Environment.

“There is a prominent narrative in the energy planning community that the continent will be able to take advantage of its vast renewable energy resources and rapidly decreasing clean technology prices to leapfrog to renewables by 2030 – but our analysis shows that overall it is not currently positioned to do so.”

To move Africa towards renewables would require a significant shock to the current system the study suggested, including large-scale cancellation of fossil fuels plants currently being planned.It also identifies ways in which projects can be designed to improve their chances of success, including focusing on smaller size, fitting ownership structures, and the availability of development finance.

“The development community and African decision makers need to act quickly if the continent wants to avoid being locked into a carbon-intense energy future,” Philipp Trotter, study author and researcher at the Smith School added.Immediate re-directions of development finance from fossil fuels to renewables are an important lever to increase experience with solar and wind energy projects across the continent in the short term, creating critical learning curve effects.”

The University of Oxford’s study did highlight that there is sizeable discrepancy between different countries and regions when it comes to rolling out solar and other renewables. In particular it pointed to South Africa, which is forecast to add almost 40% of Africa’s total predicted new solar capacity by 2030.In September, South Africa’s solar industry welcomed government plans to purchase 6.8GW of additional renewables from independent power producers as of 2022, to tackle the country’s ongoing energy crisis.

Elsewhere Namibia is targeting 70% of its electricity from renewables by 2030, as specified in the country’s National Energy Policy and in Intended Nationally Determined Contributions under Paris Climate Change Accord.

Calle Schlettwein, Namibia Minister of Water (former Minister of Finance and Minister of Industrialisation) welcomed the new study, saying it would support “the refinement of strategies for increasing generation capacity from renewable sources in Africa and facilitate both successful and more effective public and private sector investments in the renewable energy sector.”

“The more data-driven and advanced analytics-based research is available for understanding the risks associated with power generation projects, the better. Some of the risks that could be useful to explore in the future are the uncertainties in hydrological conditions and wind regimes linked to climate change, and economic downturns such as that caused by the COVID-19 pandemic.”

The support of renewable energy in response to the COVID-19 pandemic has been suggested by a number of groups, including the African Union Commission (AUC) and global green energy body IRENA. They called on global renewable experts to steer the roll-out of large volumes of solar and others in Africa in response to COVID-19, directing finance into energy as an essential resource.