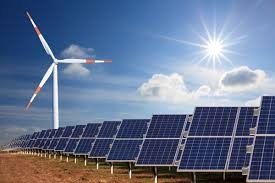 ENKRAFT, also a top-10 shareholder in wind farm developer PNE AG, pointed to the ongoing expansion of renewable energy sources around the world, a trend that has continued unabated in light of the coronavirus pandemic

FRANKFURT: Energy investor ENKRAFT has taken a stake of close to 3 per cent in German solar and wind project developer Energiekontor, a letter seen by Reuters showed, as activist investors continue to seek opportunities in Europe’s largest economy.

Among the demands made by ENKRAFT are a reshuffle of Energiekontor’s supervisory board, a review of the group’s corporate strategy and a termination of share buybacks, the letter, which was sent to Enegiekontor last week, showed.

“We are … convinced that Energiekontor, with its diversified and experienced team, should be able to perform much better in the competitive environment,” ENKRAFT managing director Benedikt Kormaier said in the letter.

ENKRAFT, also a top-10 shareholder in wind farm developer PNE AG, pointed to the ongoing expansion of renewable energy sources around the world, a trend that has continued unabated in light of the coronavirus pandemic.

In the letter, ENKRAFT proposes changes to the group’s 3-member supervisory board, which includes Energiekontor’s two co-founders that together hold 51.53 per cent of the company, with a current market capitalisation of 267 million euros ($292 million).

“The current composition of the Supervisory Board of Energiekontor AG neither complies with the ideas and recommendations of the German Corporate Governance Code, nor can it meet even the most basic demands of shareholders regarding independence and balance,” ENKRAFT said.

ENKRAFT confirmed the existence and contents of the letter.

A spokesman for Energiekontor confirmed that a letter from ENKRAFT has been received. “We generally welcome all new investors and are open to hearing their concerns and wishes.”

ENKRAFT said that if founders and management could not agree on a new strategy and corporate governance it would have to be considered “whether the value of the company could not be better realised by selling the company as a whole”.