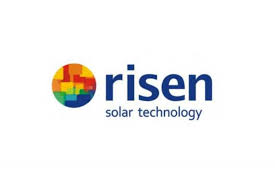 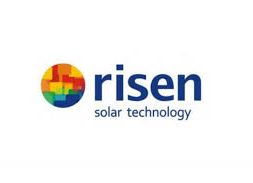 The 10MW Bengal project was successfully grid connected quite recently. It is the second connected project after Bengal launched its PPA policy 3 years ago. Taking all conditions into consideration, Risen Energy supplied 1500V 275Wp poly silicon modules to this project. Due to Bengal’s special import policy, all products have to go through very strict customs clearance process. Due to this condition, Risen Energy customized the product delivery process and optimized the customs clearance communication process. Also, taking into consideration the upcoming rain season, Risen Energy designed special project timeline to deal with periods of heavy downfall. All the above efforts contributed to the punctual grid connection at the beginning of July, 2019. This project was highly praised by Bengali Ministry of Energy and the project owner, who also promised to take Risen Energy as their priority partner for future projects.

The other good news came from Kazakhstan, where Risen Energy just finalized their first 40 MW project grid connection. This is the second project in which Risen Energy’ is a general EPC contractor in Kazakhstan. The construction process commenced last week. This project is located at Chulakkurgan, with a total capacity of 50 MW. Apart from supplying 330W poly-silicon modules to this project, Risen Energy also built a new 110 KV booster station and a 110 KV transmission line for it. Risen Energy is expecting the establishment of another 63 MW project financed by European Bank for Reconstruction and Development (EBRD) later this year.

Xie Jian, President of Risen Energy, commented, “ Risen Energy is becoming more and more active in the international arena and will be even more dedicated to the cultivation of global markets. We are keen on exporting China technology and solution overseas via our highly efficient and high quality products. We have developed and delivered more than 1000 projects wordwide, including countries and regions along the Belt and Road area such as Indonesia, India, Nepal, Kazakhstan, Belorussia, Ukraine, Ukraine, Czech Republic, Romania, Bulgaria, Macedonia, Cambodia. “

Risen Energy is expecting more positive news from the Belt and Road area.

About Risen Energy:
Risen Energy Co., Ltd. was founded in 1986 and listed as a Chinese public company (Stock Code: 300118) in 2010. Risen Energy is one of the pioneers in solar industry and has committed to this industry as a R&D expert, an integrated manufacturer from wafers to modules, a manufacturer of off-grid systems, and also an investor, a developer and an EPC of PV projects. Aiming to deliver the green energy worldwide, Risen Energy is developing internationally with offices and sales networks in China, Germany, Australia, Mexico, India, Japan, USA and others. After years of efforts, it has reached a module production capacity of 8.6GW. While growing rapidly, Risen Energy keeps a stable pace with an average debt ratio at around 50% from 2011 to 2018.